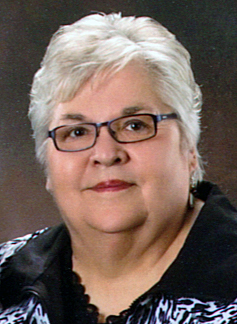 She was born May 24, 1944 in Clintonville, WI, the daughter of the late Vernon and Pearl (Wiese) Schroeder. Kay graduated from Mondovi High School before attending the University of Wisconsin-Oshkosh where she received her degree in Elementary Education. For 30 years, Kay taught kindergarten for Southern Door Schools until her retirement in 2001. She was committed to her students and teaching. Though it was her vocation, it never seemed like a job as she deeply cared for the children in her classes even long after they had moved on. Over the years, she had remembered them all. After her retirement, she had also worked at Door County Stencil.

On February 12, 1966, she married Eugene “Gene” C. Charles at St. James Methodist Church in Appleton. They have enjoyed 50 years together. She was a voracious quilter, loved gardening, bird watching, camping, and fishing.

“Our mother, and wife was a strong woman who projected compassion, and kindness through her many loving ways.”

She was preceded in death by her parents; mother-in-law, Irene Charles Ostrand; and her step-mother’s husband, Alfred Everson.

Funeral services will be held at 11:00 a.m. on Friday, April 29, 2016 at Huehns Funeral Home in Sturgeon Bay with Rev. Larry Zessin officiating. Burial will follow in Bayside Cemetery.

Memorials will be donated to Southern Door School Student Programs.