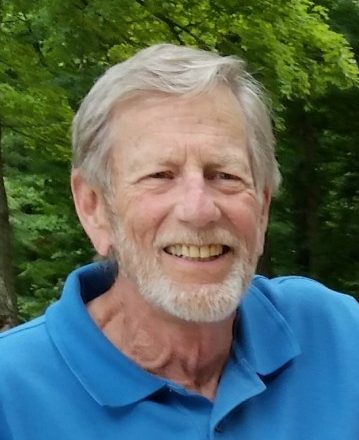 He was born November 10, 1939, in Racine, WI the son of the late Clifford L. and Mabel L. (Williamson) Lindstrand.  Keith graduated from Mary D. Bradford High School in Kenosha in 1957. He continued his education at UW-Parkside in Kenosha.  Keith served in the National Guard from 1957-1962.

On November 26, 1960, he married Lois J. Krueger at Grace Lutheran Church in Kenosha.  Keith loved racing high performance cars and building them.   He raced and placed at Road America.  He was a carpenter and woodworker which was shown as he built and designed several homes, even his own.

Keith worked for Rexnord as a manufacturing engineer for ten years before moving to Paddock Lake where he was Director of Public Works, then at Crispell-Snyder until his retirement in 1998.  He and Lois moved to Door County full time in 1999 and they pursued their love for sailing.

He was preceded in death by his parents; sister, Sandra Kuehn; and brother-in-law, Donald Krueger.

There will be a memorial celebration in southeastern Wisconsin in the future.

Any donations should be made to the charity or cause close to you.

Casperson Funeral Home and Cremation Services of Sister Bay is assisting the family. Expressions of sympathy, memories, and photos of Keith may be shared with his family through his tribute page at www.caspersonfuneralhome.com.