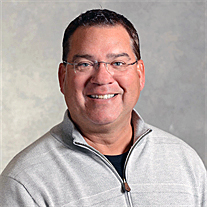 Hattan was president of Daily’s Premium Meats since 2014 following Seaboard Foods’ sale of 50 percent ownership of the company to Triumph Foods.

Daily’s experienced significant sales and production growth under Kelly’s leadership including the construction and opening of a new bacon processing plant located in St. Joseph in 2016. In 2007, Kelly joined Seaboard Foods as vice president of sales for Daily’s. He later became vice president of processed meats for Seaboard to strategically align the processed meats division for continued growth.

Kelly served as the director of sales for Tyson Foods from 2002 to 2006, spending time in both Chicago and Harrisburg, PA, before joining Seaboard. From 1998 to 2001 he served as the regional manager at Doskocil where he was named the company’s Sales Manager of the Year in 2001.

From 1990 to 1998, Kelly was an account executive for Hormel in Nashville, TN and territory manager in eastern Pennsylvania, covering the Philadelphia and Harrisburg markets. He was a four-time recipient of the Hormel Chairman’s Inner Circle Award for elite sales performance.

Kelly loved the Green Bay Packers and began his work in the food industry at 18 managing the restaurant at The Shoreline Resort in Gills Rock, WI.

Daily’s Premium Meats, under Kelly’s leadership, sponsored NRAEF student programming because of the support the NRAEF provided to in the development his food industry career. Kelly was a vibrant and always positive man who cultivated many wonderful relationships and friends. He was passionate about his profession and excelled at his craft. Nothing was more important to him than his family and his favorite role as husband and father. Kelly will be greatly missed by all who knew and loved him.

In lieu of flowers please make memorial contributions in Kelly’s memory to National Restaurant Association Educational Foundation. Donations can be made by visiting:  https://imis.restaurant.org/prod_nra/NRAEF_Donation

For more information or to leave condolences online visit www.JohnsonCountyChapel.com.