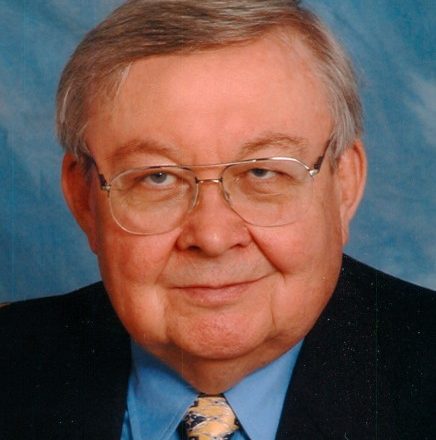 He was born March 3, 1934 to Alfred Gilman Western and Celia Marie (Nelson) Western in South Milwaukee, where he lived and was educated (South Milwaukee High School class of 1952) and went on to earn a bachelor’s degree in civil engineering from the University of Wisconsin-Madison in 1957. Ken served his country in the United States Army, until honorably discharged in 1959.

He was married to his college sweetheart, Luanne Rublee in 1957. She continues to survive him along with their children, Eric Denton (Bethann) Western of New Berlin, Andrew Q. Western of Racine, and Ellen Marie (Keith Pallen) of Pewaukee. Ken is further survived by three grandchildren, Evan, Daniel, and Eric II Western; and three step-grandchildren, Rachael, Natalie, and Nicholas Prom.

He was preceded in death by his parents, Alfred and Celia Western; his sister (and her husband), Arlene (Walter) Ruehmer.

Ken’s professional career was spent as a professional municipal engineer and land surveyor, serving over two dozen Wisconsin communities as a consultant. He was particularly proud of the forty-eight years he spent with the City of Glendale, both as a consultant and directly as its city engineer from 1992 to 1996. Ken and his wife have lived in Ephraim, Door County, Wisconsin since retiring from official work in 1996.

Having met his wife while both played in the symphonic concert band at the University, they continued to perform in local groups and ensembles for most of their lives. Their church, Shepherd of the Bay Lutheran in Ellison Bay, Door County, particularly benefited from their solo and duet performances.

His life will be honored with a funeral service held at 11:30 a.m. on Friday, July 2, 2021 at Shepherd of the Bay Lutheran Church in Ellison Bay with Pastor James Honig officiating. Ken will be laid to rest in Ephraim Moravian Cemetery.

Visitation for family and friends will be held at the church from 10:00 a.m. until the time of service.

In lieu of flowers or gifts, the family requests a donation to the ongoing musical programs at Shepherd of the Bay Lutheran Church in Ellison Bay, Wisconsin.

Casperson Funeral Home in Sister Bay is assisting the Western family. Expressions of sympathy, memories, and photos of Kenneth may be shared with his family through his tribute page at www.caspersonfuneralhome.com.