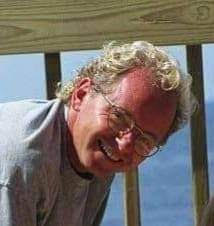 Kent attended and graduated from Green Bay East in the class of 1979. He went on to work in the family business at Pahlow’s Luggage Leather and Gifts as Vice President until its closing in 1992. Kent joined the Yacht Works, Sister Bay, WI in 1993 as Service Coordinator. He worked along with his team sharing his knowledge and amazing sense of humor with the customers and Crew. Our family sends heartfelt thanks to Yacht Works management and Crew for their friendship and support.

His hobbies included boating, snowmobiling, convertible cars and anything with a loud motor that could go fast!! He could also be found relaxing on a sailboat. Kent loved Door County and rarely left the comforts of it.

Left to cherish Kent’s memory are his parents, Richard and Anna Gay Pahlow; sisters, Julie (Mike) Laubenstein their children, Taylor and Noah, Marcia (Matt) Havrilko and son Nathan all from Green Bay; Aunt,Vicky Hubbard of Sister Bay; Uncle, Dr. Ronald(Beverly) Hubbard of Green Bay; their children and families and special friend, Jennifer Lyons. He is further survived by many cousins, relatives and friends. He was preceded in death by his grandparents Ralph “Mickey” and Myra Hubbard, Henry and Mae Pahlow.

A private family memorial service was held. A Celebration Of Life for Kent is being planned for a later date

The family would like to send a special thank you to the staff in the ICU at Aurora BayCare Medical Center for all the loving care and compassion they gave to Kent.

A memorial has been established in Kent’s name for the love of Door County and Pebble Beach at the Door County Land Trust. P.O. Box 65 Sturgeon Bay, WI 54325