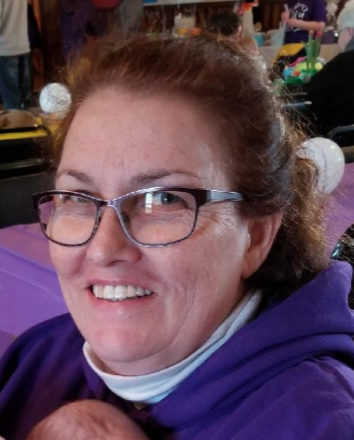 Kimberly Greninger, 62, of Sturgeon Bay died at the Skilled Nursing Facility. She was born in San Antonio, Texas, to Bobby Jo and Kathleen Hanson. On Sept. 23, 1975, she married Stephen P. Greninger in Racine, Wisconsin.

Kim was employed by Hatco in Sturgeon Bay for the past 22 years. She was a past member of the Sturgeon Bay Jaycees and enjoyed traveling and spending time with her grandchildren.

She was preceded in death by her parents; parents-in-law, Bernard and Dorothy Greninger; and a sister-in-law, Jeanne.

A memorial service will be conducted at the Forbes Funeral Home in Sturgeon Bay on Saturday, Aug. 24, at 11 am, with Deacon Mark Hibbs officiating. Visitation will precede, 9-11 am, at the funeral home. Memorials may be directed to the Adopt-A-Soldier program.