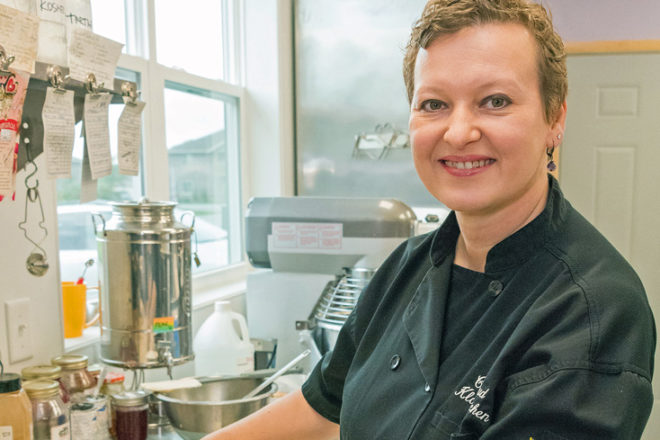 Klaudia Crawford, 47, Sister Bay, died Saturday, May 20, 2017, after a courageous battle with cancer. She owned and operated Klaud’s Kitchen, in Country Walk Shops, with her partner, Gayle George. Klaudia was born in communist Czechoslovakia and fled to the U.S. with her family at age 18, speaking no English. Relying on her strong work ethic and the culinary training received in Europe, she quickly learned English, earned U.S. citizenship, went on to establish herself as a private chef, caterer and then became the Executive Chef and owner of a successful restaurant by age 30. She owned two more restaurants in Illinois before moving to Door County in 2009. Here she worked in several different food establishments making friends with her customers and creating a name for herself as “Chef Klaud”, wonderful baker and sought after chef. Everyone who met Klaudia was drawn to her bright personality, love for life, deep faith and passion for food! She found great joy in her life’s work, and was never happier than when she was busy creating something in the kitchen. She died at home surrounded by loved ones.  There are no plans for a service; in lieu of flowers, memorials can be made to DoorCANcer, INC.