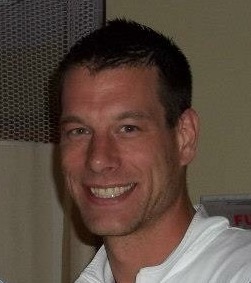 Kris was born on January 10, 1978 in Clintonville as the son of Chris (Carter) Thoma and the late Mark Stichman. Kris attended Clintonville schools and later earned his GED. He took pride in his work as a welder at Custom Fab & Body in Marion where he worked along side of his brother Philip. More recently he was employed in construction traveling to various locations. Kris was a great dad to his son, Carter and enjoyed spending time with his nieces & nephews.  He was a sports nut; especially when it came to the Green Bay Packers. Kris also looked forward to playing frisbee golf with Philip. He was a big kid and had no fear. Kris loved music, playing his guitar, motorcycles, cars, and go-karts. He also had a passion for the outdoors; especially when it came to ice fishing, hunting, skiing, and camping. Kristophor will be remembered for his wonderful smile, sense of humor, and his ability to charm almost anyone he met. He will be deeply missed by his family and those who have loved and will continue to love him forever.

Kris’s memorial service was held Sunday, November 13, 2016 at 3 PM at the United Methodist Church, 24 13th Street, Clintonville, WI 54929 with Rev. Keith Wolf officiating.  In lieu of flowers a memorial fund will be established by his family. The Eberhardt-Stevenson Funeral Home & Crematory of Clintonville is assisting his family. eberhardtstevenson.com