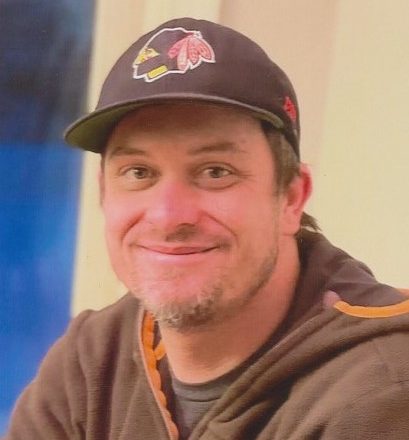 He was born in Sturgeon Bay on March 8, 1982 to Peter and Pam (Schram) DeMelle. Kyle graduated from Sturgeon Bay High School in 2001. He enjoyed snowmobiling with his dad, and as a youth working alongside him in the plumbing business and woodworking in his high school years.

Kyle spent many years in the restaurant industry as chef and manager, working at various restaurants in Madison and throughout Door County. His culinary journey started as a dishwasher at Sage Restaurant where he worked with his sister and mother. Kyle was mentored in the kitchen by Mitch Wise and Leola Gebauer and eventually started his cooking career there. He decided to pursue formal culinary training at MATC in Madison. Kyle became quite a talented chef eventually running the kitchen at Crate Restaurant.

After years of working nights, weekends and holidays, Kyle hung up his apron and packed up his knives saying goodbye to the kitchen. He took a job at Hatco in 2019. Kyle was mechanically minded, and his job suited him well. His coworkers described him as cheerful, bubbly, and that he always made work more fun. His work schedule allowed him to spend more time with his family stopping at his grandpas to visit-listening to grandpa’s war stories, helping both his mother and Aunt June around the house. He was their handyman. He always helped others with a smile. Packer gamedays were spent with his sister and family watching the game and enjoying family Sunday supper.

From a young age Kyle had a passion for downhill skiing that he shared with his father, Peter DeMelle. Many family weekends were spent on the slopes in the UP. Kyle continued this legacy in recent years by teaching both his niece and nephew how to ski. The ski trips were always more fun when Uncle Kyle was along. He was also an active cyclist and completed the Door Century with his sister Kelly in 2018.

A memorial service will be held at Huehns Funeral Home on Saturday, March 6, 2021 at 11:00 a.m. with Paul Zenefski officiating. Burial will take place at Schumacher Cemetery in spring.

Friends may call on Saturday from 9:30 a.m. to 11:00 a.m. at Huehns Funeral Home. Covid guidelines will be followed, masks required, 25% capacity limits observed, sanitizer provided along with temperature checks.

In lieu of flowers, a memorial fund will be established in Kyle’s name.

Expressions of sympathy, memories and photos of Kyle may be shared with his family through his tribute page at www.huehnsfuneralhome.com.