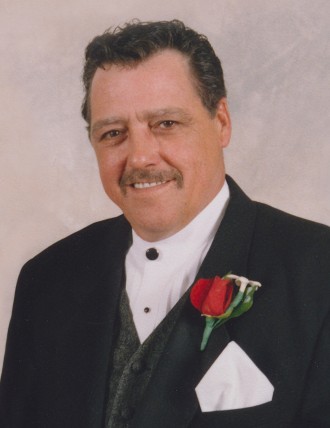 He was born January 14, 1951 in Sturgeon Bay, the son of Ambrose Charles Brunette and Bernice (Malvitz) Brunette. Larry grew up on the family homestead and farm between Gregorville and Rio Creek in the Town of Lincoln in Kewaunee County, working on the farm and off at other local jobs. He attended Casco High School his freshman year and then Southern Door High School his sophomore year through part of his senior year. Larry finished his senior year at Algoma High School and graduated with the class of 1969.

He met Patricia Ann Fett, who was a student at Southern Door High School, during his senior year, and they were united in marriage on August 15, 1970 at Algoma United Methodist Church. Larry and Pat initially resided and farmed in Kolberg for four years before moving to Maplewood in the Town of Forestville in Door County to raise their family. Larry was a journeyman welder with the UA (plumbers and steamfitters) Local 400 out of Kaukauna and worked (as a welder) and pipefitter in the shipyards at Peterson Builders, Inc. (PBI) in Sturgeon Bay for over 20 years. He taught welding for at Northeastern Wisconsin Technical College (NWTC) in Sturgeon Bay for one year. Larry “retired” at the age of 62 and went to drive school bus at for Southern Door County School District. The students knew “Mr. Larry” did not tolerate any nonsense on his bus; he was definitely in charge.

Larry loved the outdoors – spending time on the water fishing, hunting, and traveling to many places to camp. At home, he liked cutting the grass and gardening. Larry was a spontaneous person and all about having a good time. He always enjoyed a cold Budweiser and a smoke. Larry had a passion for music, especially country, and even played lead guitar and sang with his brother, Matt. When he and Pat danced together, it was usually the hop-waltz or the Polka. Larry also enjoyed watching his favorite sport teams and working on wordfind books. Growing up attending Emanuel Ev. Lutheran Church in Kolberg and then getting married at Algoma United Methodist Church (through Pat’s faith upbringing), Larry and Pat were committed to attending church together with their family. He was currently a member of the Sturgeon Bay United Methodist Church. Larry’s favorite book was the Bible; his faith comforted him throughout his life. He had a tremendous love for his family, and among his most cherished family memories were celebrating Christmas and going to Bay Beach in Green Bay.

He was preceded in death by his father; stepfather, Norman Gipp; daughter, Amanda Brunette (1980); parents-in-law, Emanuel and Ruth (nee Jossart) Fett; and other relatives.

Visitation for family and friends will be held from 4:00 p.m. until 7:00 p.m. on Monday, December 28, 2020 at Huehns Funeral Home, 1414 Michigan St., Sturgeon Bay, WI 54235. Dual-chapel occupancy at the funeral home will be limited to 50 people (25 people per chapel, including family). Those in attendance are to wear facemasks and maintain social distancing.

Larry will be laid to rest in Bayside Cemetery.

Memorials may be given in his honor to the Sturgeon Bay United Methodist Church (836 Michigan St., Sturgeon Bay, WI 54235).

“Our family would like to express our heartfelt thanks to the St. Vincent’s Cancer Center team and the staff of Unity Hospice for the wonderful and compassionate care given to Larry/Dad this past year.”

Expressions of sympathy, memories, and photos of Larry may be shared with his family through his tribute page at www.huehnsfuneralhome.com.