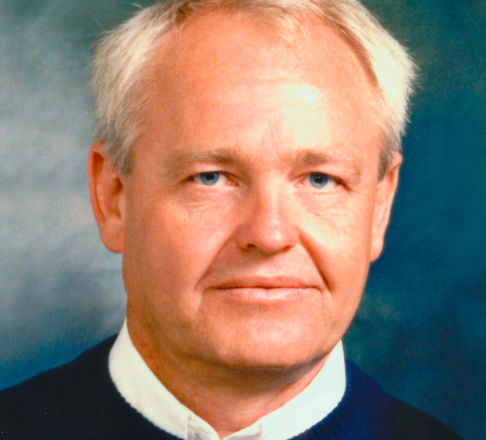 A descendent of Swedish immigrants who arrived in the late 1800s, Larry was born in the Mississippi River Town of Redwing, Minnesota, to Raymond and Lorraine Swanson. At the age of 74, he died in DePere, Wisconsin, at the Jack and Engrid Meng Hospice Residence.

Larry grew up with a love of the outdoors and with the great bluffs and water as a backyard playground. Adventures were to be had in all directions.

He graduated from Red Wing High School in 1963 before attending college in Rochester, Minnesota. During those years, he discovered aviation and learned to fly while also joining the Minnesota Army National Guard serving for six years. A love of aviation led Larry to a 28-year career in Minneapolis as an air-traffic controller.

Larry took a break from controlling in the early 1980s to return to school to obtain a degree in accounting from the University of Minnesota and became a CPA. During that time, he was able to spend summers canoeing in the boundary waters of Minnesota and backpacking the Rocky Mountains with his faithful English Setter, Dori. After working a short career as a CPA, he returned to air-traffic controlling.

On August 23, 1985, he married Diane Kroc at St. Bonaventure Catholic Church in Bloomington, Minnesota. From this union came the birth of two children, Michael and Katherine.

Adventurous life continued while living in Lakeville, Minnesota, with his family. Larry shared his love of boating with his family, sailing Lake Superior and the Apostle Islands on his boat, Windsong. Winter meant downhill skiing for the family.

He retired from air-traffic control in 2002. In 2007, retirement would lead Larry and Diane to relocate to Door County, where he took up salmon fishing on Lake Michigan in his eastern fishing boat.

Along with his interest in the outdoors, Larry’s adventures continued with building new homes and completing the finishing work from masonry to carpentry, always willing to face another challenge. His self-taught woodworking produced many beautiful furniture pieces and family heirlooms.

Larry’s life was rich in so many ways. An avid reader, he was always ready for the next adventure. His most remarkable adventure would prove to be his long, courageous battle with cancer. Throughout the four years, he remained positive and embraced each day, saying, “I’ve had a good life, and I am blessed.”

Preceding him in death were his parents, Raymond and Lorraine Swanson.

A memorial mass will be celebrated at 11 am on Friday, Oct. 4, at Corpus Christi Catholic Church, with Fr. Carl Schmitt officiating. Internment will be at a later date in Minnesota.

Memorials may be given in his memory to St. John Bosco Catholic School.

A very special thank-you to Fr. Carl Schmitt for sharing his time in providing us with support and comfort on this journey.

Many thanks to all our family and friends who have enriched us with their love and support. Thanks to the staff of Unity Hospice Jack and Engrid Meng Residence for the compassionate care they provided to Larry in his final days.

Expressions of sympathy, memories and photos of Larry can be shared through his tribute page at huehnsfuneralhome.com.