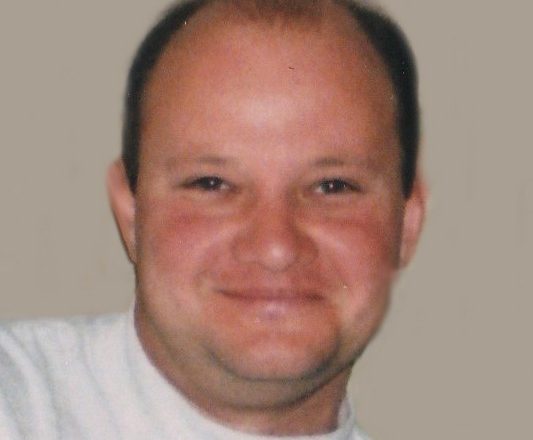 László András Szakala died unexpectedly at the age of 56.

He was born in Budapest, Hungary, the only child of József and Klara (Greczula) Szakala. He spent his childhood and young-adult years in Budapest, where he graduated high school and went on to earn a bachelor’s degree from the College of Commerce and Hotel Management. In the late 1980s, he and his family spent several years living in Finland, where he attended the University of Helsinki.

In 1991, László came to the United States with a dream of learning English and furthering his education. He attended the Wisconsin English as a Second Language Institute (WESLI) in Madison and was introduced to Door County by a friend. He spent the next several years working in restaurants — White Gull Inn, Kortes’ English Inn and Alexander’s — and painting houses — Pat’s Painting and later his own business, László’s Painting — throughout Northern Door.

He met his future wife, Erin Merline, when they found themselves working together at Kortes’ English Inn. They were married in West Bend on May 11, 1998. László followed his passion for photography to Michigan, where he earned a degree in Photographic Technology from Washtenaw Community College in Ypsilanti in May 1997. He and Erin returned to Door County in 2002 and settled in their home in Baileys Harbor, which László helped his father-in-law to build.

László and Erin have three wonderful children, András, Lilla and Adorján, whom he loved with all his heart. László had an outgoing personality, a keen sense of humor and a generous spirit that drew people to him. In addition to his knack for connecting with people and his strong skills as a painter, László was a very talented photographer. He worked as a photojournalist for the Daily News in West Bend and captured many happy memories through his wedding and portrait photography. He also created stunning landscape photographs that won awards and were featured in multiple galleries.

He worked as property manager at the Hill at Eames Farm and Newport Resort and as a maintenance technician at Scandia Village. László was fluent in English, Russian and Finnish, in addition to his native Hungarian. He enjoyed gardening, woodworking and being surrounded by nature. He treasured his time with his children most of all. In more recent years, however, alcoholism hijacked his dreams and prevented him from being the person he wanted to be.

László is survived by his children, András, Lilla and Adorján; and his wife of 21 years, Erin. He is further survived by his parents-in-law, Robert and Linda Merline; brother-in-law, Sean Merline; nephew, Seth Merline; close friends, Zsolt Márkus and Kornélia Hidvégi (and their children, Nora, Lili and Juli); and extended family members and friends.

He was preceded in death by his parents, József and Klara Szakala.

The family would like to extend a special thank-you to Dave Ellmann, who provided László with safe refuge, and to all who offered him kindness and tried to help him find sobriety over the years. We hope that he is now at peace. We will hold his memory in our hearts forever.

Private services will be held in László’s honor. Memorial contributions can be made in László’s name to the Door County Land Trust, P.O. Box 65, Sturgeon Bay, WI 54235 or in the care of Erin Szakala, 2603 Grove Road, Baileys Harbor, WI 54202 to support his children’s education.

Huehns Funeral Home and Door County Crematory of Sturgeon Bay are assisting the Szakala family. Expressions of sympathy, memories and photos of László can be shared through his tribute page at huehnsfuneralhome.com.