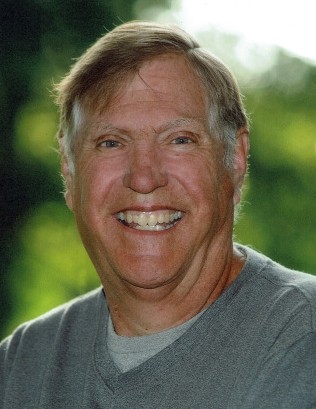 Comforted by the loving presence of his family and favorite rock music playing in the background, Lee Michael Peterson, 64, of Sturgeon Bay, passed away late Friday afternoon, March 31, 2017 while at the Seasons Hospice Mission Creek Inpatient Center in Waukesha.

He was a lifelong resident of Sturgeon Bay born August 6, 1952, the son of Raymond George Peterson and Irene Charlotte (Kemp) Peterson. Lee attended Sturgeon Bay High School and graduated with the class of 1970. Inspired by the music that filled his home growing up, Lee went on to study instrumental music at the University of Wisconsin-Green Bay where he earned his degree in 1974.

He was united in marriage to Christine Lois Hanson on Valentine’s Day in 1976 at the Sturgeon Bay Moravian Church where he was a lifelong member, former trustee, and in recent years assisted with the lawn care. Lee and Chris were blessed with over 41 years of marriage.

He was employed with the City of Sturgeon Bay Parks Department from 1975 until 2000, ending with the position of Parks Director. In 2001, Lee started “LP’s Peninsula Service” and provided lawn care and snow removal for numerous community members. Many appreciated his honest attention to detail for the need of his services, and over the years, he had many loyal customers. Lee continued working until 2013, when he retired his business due to physical limitations.

He actively pursued his passion of music following his retirement, accumulating a collection of guitars which he enjoyed tuning and playing. Lee was an avid racing fan who enjoyed watching NASCAR and being a part of the pit crew at the local stock car races for Kevin Sternard. He also liked following softball and wished he could have attended the women’s softball college world series. Lee loved dogs and enjoyed time spent with his own and others over the years. He also enjoyed vacationing in Florida and spending time with his family and friends.

He was preceded in death by his parents; brother, Steve; and brother-in-law, Charles “Chuck” Sternard.

Lee’s life will be honored with a funeral service held at 11:00 a.m. on Wednesday, April 5, 2017 at the Sturgeon Bay Moravian Church, 323 S. 5th Ave., with Rev. Dr. Matthew R. Knapp, Sr. officiating. He will be laid to rest in Shiloh Moravian Cemetery immediately following the funeral.

In lieu of flowers, memorials may be given in Lee’s memory.

A heartfelt thanks goes out to the staffs of the Surgical ICU at Froedtert Hospital in Milwaukee, LifeCare Hospital in Pewaukee, and Seasons Hospice in Waukesha for the wonderful, compassionate care given to Lee.

Expressions of sympathy, memories, and photos of Lee may be shared with his family through his tribute page at www.huehnsfuneralhome.com.