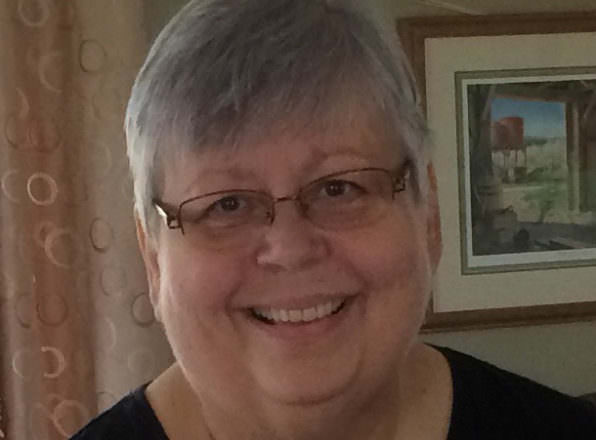 Linda Lou Mueller, 61, of Forestville and formerly of Green Bay passed away at Door County Medical Center Skilled Nursing Center in Sturgeon Bay on January 18, 2017 after a lengthy battle with cancer.

She was born October 20, 1955 in Sturgeon Bay to Virgel and Bernice (Kracht) Mueller.  After graduating from Southern Door High School in 1973, Linda worked for Midwest Wire in Sturgeon Bay.  She later graduated from Bellin School of Nursing in 1979.

After nursing school, Linda worked in orthopedic care at Bellin Hospital and then for the Rodden Chiropractic Clinic in Green Bay.  She later worked at Western Village Nursing Home until she was diagnosed with cancer.  After taking treatments for her cancer, she worked at Bellin Psychiatric Center and for Bellin Ask-A-Nurse.  Although she struggled with her illness for many years, Linda enjoyed gradening, music and spending time with family.  She was also a very gifted cook and baker.  Linda had a great sense of humor and always had a passion for helping others.  She will be greatly missed by family and friends.

Memorial services will be 11:00 a.m. Saturday, January 28, 2017 at Forbes Funeral Home, in Sturgeon Bay with Pastor James Gomez of Prince of Peace Lutheran Church, officiating.  Friends may call at the funeral home from 9:30 a.m. until time of services.