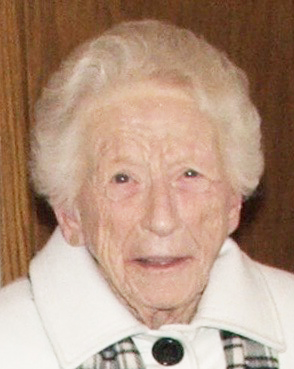 In 1956, Jean and George moved to Sturgeon Bay and opened J&W Motors.  While George was busy at work, Jean was a devoted wife and loving mother to her two children.  In 1974, Jean opened Cloud Nine, a children’s and maternity clothing store in Sturgeon Bay.  Her love for children led her to open an “in home” day care in 1981.

She and George were active members of the Assembly of God Church and the First Baptist Church where she served in various children’s ministries.  Throughout her life, she enjoyed traveling with her family, visiting 48 different states.  In her later years, she enjoyed being a partner in a craft business with her daughter Bonnie.

A public visitation will be held on Friday, Sept. 4, from 6:00 to 7:30 p.m. at Forbes Funeral Home in Sturgeon Bay.  Face masks are required, and social distancing measures will be implemented. Private funeral services will be conducted at 10:00 a.m. on Saturday, September 5, 2020 at the Forbes Funeral Home.  The funeral will be live streamed on the Forbes Funeral Home Facebook Page for the public.  Burial will be in Oakwood Cemetery in Berlin, WI.   In lieu of flowers, memorials may be directed to Peninsula Baptist Church (915 Egg Harbor Rd., Sturgeon Bay, WI 54235).  On-line condolences may be offered at forbesfuneralhome.com