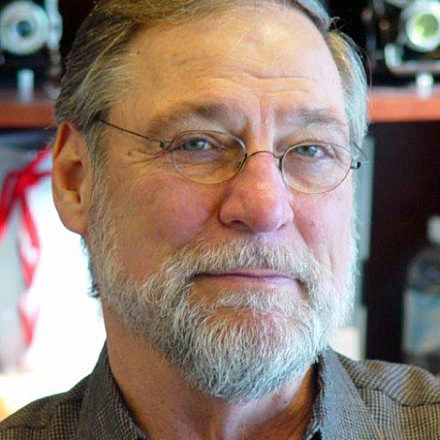 He was born Nov. 7, 1940 in Huntington, Ind., the son of the late Louis Clair Williams, Sr. and Marian Eileen (Bowers) Williams. Lou graduated from Redford High School in Detroit in 1959 and went on to earn a degree in Education from Eastern Michigan University in Ypsilanti, Mich. in 1963.

He was united in marriage to Mary Clare Moster on Oct. 4, 1987 in Chicago.

Lou’s entire professional career was devoted to public relations. In 1985, he founded L.C. Williams & Associates (LCWA), a Chicago-based PR firm, built upon his ideals and experience in research, training, and strategic public relations. His goal was to offer the insight and creativity of a large PR firm with the attentiveness and devotion one would expect from a smaller firm. Under his leadership, the firm acquired several other well-respected PR agencies and became one of the top 10 independent PR firms in Chicago and one of the top 70 independent firms in United States. Lou retired in 2009 after selling LCWA to his employees. The firm has remained a leader in public relations, still providing service based on the principles he instilled.

Lou served as Chairman of the International Association of Business Communicators (IABC) and was selected a Fellow, the highest honor the organization bestows. He authored Communication Research, Measurement and Evaluation: A Practical Guide for Communicators, an IABC bestseller. He was also a Fellow of the Institute for Public Relations (IPR) and its Measurement Commission.

Lou’s love of sailing lead him to discover Sturgeon Bay, a place he first sailed into and fell in love with on a three-month singlehanded voyage in 1996. He and Mary built their home there in 1999 and became full-time residents in 2008. Lou was a private pilot and loved flying his Cessna T210 from his base at Cherryland Airport in Nasewaupee on trips from coast to coast and into Mexico and Canada. He also was an avid traveler and adventured around the world with Mary. Lou’s greatest passion, though, was woodturning. What began as a hobby in his basement utility room twelve years ago developed into an art that inspired and fulfilled him. When he was no longer able to turn, Lou was delighted to see his equipment and supplies acquired by Michael Doerr, a nationally-recognized woodworker from Sturgeon Bay, who shares his love of the natural beauty of wood.

Lou’s creativity will live on both professionally and through the works of art he crafted and shared with others. He will be deeply missed by his wife, Mary of Sturgeon Bay; his two daughters and one son, Terri (Eric) Prophet of Santa Barbara, CA, L. Bradley (Barbara) Williams of Wakarusa, KS and Lisa (Ed McMahon) Williams of Algonquin, IL; five grandchildren, Tristen DeShazer, Drew, Dillon, and Natasha Williams, and Liam McMahon; sister, Vikki (Dennis) Hubbard of Saline, MI; other relatives; colleagues; and friends.

His life will be celebrated by family in January of 2018. Interment will be in the Bayside Cemetery columbarium.

The family wishes to express heartfelt thanks to the staff of Unity Hospice for the compassionate care given to Lou over the past four months.

Huehns Funeral Home & Cremation Services in Sturgeon Bay, WI is assisting with arrangements. Expressions of sympathy, memories, and photos of Lou may be shared with his family through his tribute page at huehnsfuneralhome.com.