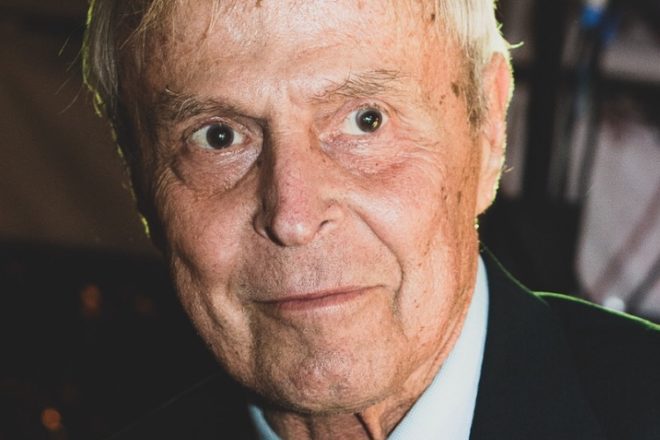 Lou was born on January 22, 1937, in Chicago, IL, to the late Mary and Louis Osadjan Sr. Louis Sr. immigrated to the US as a child from Hungary and worked at American Can Co. as a line worker. As a child, Lou excelled academically and athletically, earning a full athletic scholarship to Marquette University for football and baseball. He graduated with a double major in Religion and Philosophy in spring of 1958 and started his professional career with Standard Oil Company in Chicago, IL. Lou and Paula married the following year in Paula’s hometown of Spokane, WA, on June 27, 1959, and settled in Arlington Heights, IL. Lou left Standard Oil to pursue a real estate development oppurtunity with Arthur Sheridan at Yale Development Company. About this time, Lou and Paula moved their young family to unincorporated Hinsdale where they purchased a farm that Lou later developed. After many successful years at Yale, Lou and Paula decided to open their own commercial and residential company called Lamplighter Realty, which soon became a leader in the competitive Western suburban market. In the late 1970s, Lou focused his efforts on commercial development and built a prosperous and well-respected company that developed many large projects, including the 100+ acre Hinsdale Nursery. After raising their four children, Lou and Paula sold their home in IL and retired to Longboat Key, FL, and Egg Harbor, WI. Lou continued to dabble in real estate throughout his retirement. After Paula’s passing in April 2017, Lou was fortunate to find love again with Pam Davis. Lou and Pam were married in a joyous ceremony at St. Paul Lutheran Church in Fish Creek, WI, on June 24, 2018, surrounded by family and friends. Lou was a very kind, generous, and spiritual man. Lou and Paula raised their children in the Catholic faith and in retirement Lou was active with St. Bernard Catholic Church in Holmes Beach, FL. Lou worked once a week for decades at soup kitchens in Florida and Wisconsin. Lou was also active with the St. Vincent DePaul Society and involved in opening the Stella Maris Chapter in Egg Harbor, WI.

His family is appreciative of the compassionate and professional care provided by Bellin Hospital and Unity Hospice.

Lou was an avid golfer and loved teaching and playing with family and friends. Lou was cherished by all for his good-natured wit, loyalty, and passion for life. He was affectionately known as “Papa Lou” and was always the center of activity, especially with his grandchildren.

Lou was so proud of his family and their accomplishments. He left with a smile, telling us “I had a great life, I would not change a thing, I have no regrets.”