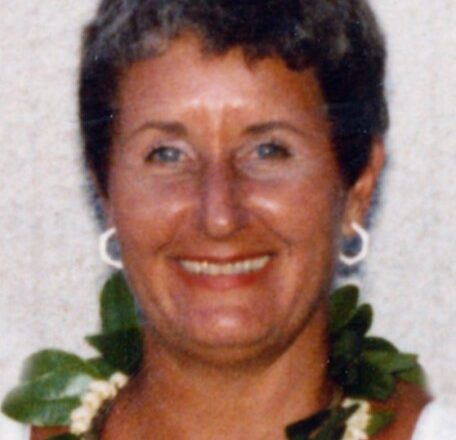 In the early morning hours of 8 April, 1935 LuAnn popped out before her mother, Amy L. (Buhl) Neufeld, could get up onto the birthing table in the hospital. LuAnn was in a hurry to get here, and never stopped. Her mother wanted to name her Sara, but her Father, Walter E. Neufeld, had her name recorded as Lucile Anne which led to her lifelong nickname of LuAnn.

Living on Webster Ave. in Green Bay provided the opportunities to enjoy ice skating until her feet were almost frozen cold and for exploring the Fox River from sun up until sun down in the summer. LuAnn had a reverence for her many aunts, uncles, and grandparents. She loved spending time with her extended family while growing up and throughout her life. Moving “way out” to Ridge Road made for long walks home when she worked at the Bay Theater, where she often spoke of eating more chocolate candy than she sold. LuAnn graduated from West High School in 1953 and was off to St. Louis where she attended college and became an employee with McDonnell aircraft.

In 1964 she left St. Louis and accompanied her mother Amy and stepfather Gen. Autrey Maroun to Fort Carson, CO. She’d said she didn’t know a private from a general, but learned quickly as a special assistant to her mother. It was here that she met and fell in love with her soulmate Captain Jim Fox, and they were married in the old Post Chapel at Fort Carson in 1965.

LuAnn loved to move and meet new people, and as an Army wife she got her wish. They moved nineteen times in nineteen years. LuAnn was an excellent athlete and a very proficient driver. She often said she could have been the first female race car driver since everything she did was fast. She loved to play tennis, cards, and golf, and she enjoyed a good dance whenever possible.

She made friends wherever she called home, and once you were her friend you were a friend for life. From high school classmates, her St. Louis friends, and the many people she met as an Army wife, those folks were always remembered with cards on their birthdays, anniversaries and Christmas. She found great joy and immense pride in her sons, Ky and Kevin (both born in VA) and their wives. Kevin and Dana’s children Barret, Cale, Burke and Campbell always brought a smile and great joy to her life, as did Ky’s kids Oscar and Violet and his wife Michelle’s children Jake, Jessie and Ben.

A lover of all things in nature, the animals, the flowers, the trees, the butterflies and the birds, LuAnn loved to feed the raccoons by hand along with their many friends that came to the decks in Colorado and Wisconsin for supper each night.

Many folks have said they would love to come back as one of LuAnn’s cats. Just like her friends, her pets received unconditional love. With great enthusiasm for life she never sat still, which caught up with her in later life. She struggled to reach five feet two while growing up but as her motto exclaimed “It is what it is” as she ended up at four feet eleven. Her health set backs never eliminated her smile or her positive spirit.

LuAnn will be missed by her loving family and her many friends, and the world is a lesser place without her. At the end, LuAnn preferred to say “Aloha”, rather than goodbye.

She is survived by her husband Jim; two sons, Ky (Michelle) [and their blended family: children, Oscar, Violet, Jake, Jessie, and Ben; Oscar and Violet’s mother, Heather Fox], and Kevin (Dana) [and their children, Barret, Cale, Burke and Campbell]; step-brother, Patrick Johns and step-sister, Patricia Johns; sisters-in-law, Julie Neufeld, and Barbara Neufeld; and Susie and Larry Woldt’s family; and LuAnn’s many nieces and nephews and their families.

LuAnn and Jim and Ky and Kevin would especially like to thank LuAnn’s niece, Wendy Woldt for her kind, loving care and support. Wendy’s selfless and essential daily support for LuAnn throughout her final months made a world of difference. Thanks also to Chrissie Woldt for her kind thoughtfulness; and a special thank you to Gwen and Unity Hospice for their very professional and personal care.

LuAnn often said that she’d lived a wonderful life, and she enjoyed reliving the many fond memories of her family and many friends as she suffered through many years of extreme spinal pain, which became compounded with the addition of ovarian cancer and beyond over her final year. She would say “It is what it is, make the most of it”, and despite the challenges of extreme discomfort, LuAnn chose to forgo cancer treatment in order to make the most of her remaining time with family and friends.

Due to current COVID travel challenges, a Celebration of Life for LuAnn will be planned for fall of 2020 or summer of 2021.