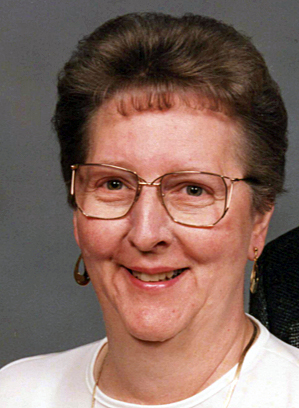 Lucille worked for the Door County Libraries in both Sturgeon Bay and Washington Island and at Northshore Medical Clinic and for Dr. Conger.  She loved to travel, watch the wildlife, work on her puzzle books, but she really treasured spending time with her grandchildren.  Lucille was the ultimate homemaker.

Survivors include a daughter, Amy (Scott) Richard, Sturgeon Bay; two grandchildren, Maggie and Calvin; and one sister, Betty Bruckner, Manitowoc.  She was preceded in death by her parents; husband, Clayton; and a brother-in-law, Edward Bruckner.

At Lucille’s request, a private family burial will take place in the Egg Harbor Town Cemetery.  Memorials may be given to the charity of your choice in Lucille’s name.  Forbes Funeral Home is in charge of arrangements.

A special thanks to Bonnie Anderson, Dr. Staudenmaier and staff, and Dr. Maes and staff, for the care, concern and dedication given to Lucille.