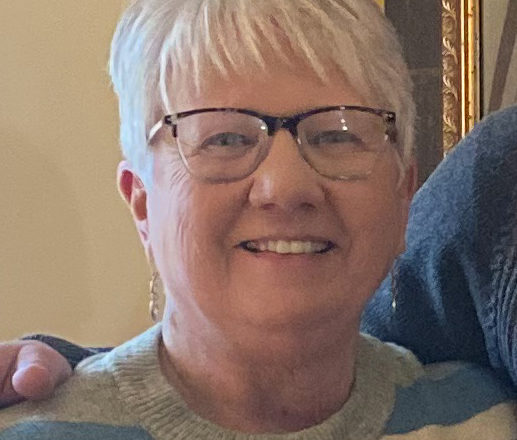 Lynne Marie (Lautenbach) Weborg, 79, Sturgeon Bay died at her home on February 10, 2022.  She was born January 5, 1943, in Sturgeon Bay to Donald and Helen Lautenbach.  Lynne grew up in Egg Harbor where her family owned “Casey’s Inn”.  Along with her four siblings and two cousins all worked at Casey’s with her mom and dad and aunt and uncle.

She attended Egg Harbor Grade School and graduated from Gibraltar High School. Lynne graduated from Bellin Memorial Hospital School of Radiologic Technology with a two-year degree as an x-ray technician.  She worked at St. Anthony Hospital in Milwaukee until her marriage to Lee Weborg (son of Lawrence and Evelyn Weborg) on May 1, 1965.

Lynne also worked for Dr. Larry Mathews, Peterson Builders for 24 years and then at Stoneman- Schopf Insurance Agency until her retirement.  She enjoyed her retirement to the fullest doing the things she loved, reading, cheering on the Packers, playing cards, traveling, and spending time with her grandchildren and friends.

She was preceded in death by her beloved husband Lee who passed away on November 19, 2010.  Also, by her mother and father, infant grandson, Matthew Weborg; nephew, Brian Lautenbach; and father and mother-in-law.

She is survived by a son, Perry (Barb) Weborg; a daughter, Paula Thompson (friend, David).  Four grandchildren: Danielle (Anthony) Borowski, Elijah Thompson, Taylor, and Chloe Weborg; Also survived by brother Paul (Karen) Lautenbach, Nancy Franke, Michael (Barb) Lautenbach, and Mark (Betty) Lautenbach; and nieces and nephews.  Also survived by the second love of her life, Frederick Landstrom. With whom she has spent many happy years together.

A celebration of life will happen at a later date in 2022.  In lieu of flowers, donations may be made in her name to the Door County Library, Door CANcer or Unity Hospice.