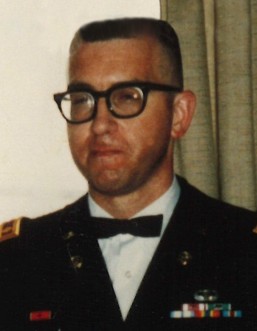 Otto was born October 29, 1950 at the Great Lakes Naval Hospital in North Chicago, Illinois, son of the late Master Sergeant Charles Frederick Mueller Jr., U.S. Army (Ret.) and Inge Wilhelmine Mueller. Otto attended Carl Schurz High School in Chicago, where he graduated with the Class of 1968. After graduation, Otto enlisted with the United States Air Force Reserve Command serving as load master during the Vietnam War while continuing his academic pursuits attending The University of Illinois at Chicago Circle, where he received his bachelor’s degree in biology in 1975. During his college residency, Otto changed military branches and enlisted with the Army Reserve Officers’ Training Corps where he was commissioned Second Lieutenant.  Otto continued his military career serving in the United States Army as Captain and commissioned to the rank of Major with the 82nd Airborne Paratrooper Division serving as Officer-in-Charge for the Airlift Branch, 1st Battlefield Coordination Detachment, and Dragon Brigade of Fort Bragg, North Carolina. Otto conducted a key role in the logistical planning during the United States invasion of Panama – Operation Just Cause. Otto went on to serve multiple tours during the first Gulf War – Operation Desert Shield-Storm. After twenty three years of active-duty service, Otto retired with the rank of Major and was honorably discharged, receiving the Meritorious Service Medal.

After retirement, Otto relocated to Germany to serve in the logistics and transportation division for the Department of Defense Education Activity Europe (DoDEA) for twenty-five years, proudly serving the military families for which he greatly cared for and remained passionate till the very end.  While working abroad, Otto also worked as a consultant for the North Atlantic Treaty Organization (NATO), supporting NATO Generals.

Otto’s life will be honored with a funeral service on Wednesday, January 6, 2021 at 1:00 p.m. at Huehns Funeral Home in Sturgeon Bay. He will be laid to rest in the Egg Harbor Town Cemetery following the service, where full military honors will be performed at 2:00 p.m.

Visitation for family and friends will be at the funeral home from 11:00 a.m. until the time of the service. Due to COVID-19, a dual-chapel occupancy at the funeral home will be limited to 50 people (25 people per chapel, including family). Those in attendance are required to wear facemasks and maintain social distancing.

In lieu of flowers, memorial donations can be made in honor of Otto to the Door County Veterans Service Office (www.doorcountyveterans.com).

Expressions of sympathy, memories, and photos of Otto may be shared with his family through his tribute page at www.huehnsfuneralhome.com.