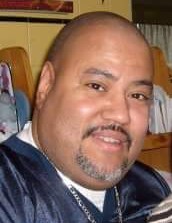 He was born December 31, 1968 in Chicago, IL. Manny graduated from Luis Munoz Marin Yuco High School before attending a year in the University of Puerto Rico. He was employed at Wal-Mart in Sturgeon Bay for many years until early 2016 at which time he was employed in Green Bay with U.S Special Deliveries until his passing.

Manny loved watching and collecting movies, barbequing, listening to music, and spending time with family. He was a prankster, a kid at heart, who liked to stir up the pot.

Manny will be missed by his brother, Andy (Lorraine) Roman of Sturgeon Bay and their children, Gianna, Benjamin and Andrew; his fiancé, Earlene Castelan of Sturgeon Bay; the entire Ramos family relation; other dear family; and friends.

He is preceded in by death by his father, Benjamin Roman; and his grandma “mama” and grandpa “papa” who raised him, Maria Dolores and Lucas Ramos.

“We are so honored to know that Manny’s memory will live on in the lives of others as he donated his organs to those who may have not had a chance to live without them.”

Condolences and memories may be shared on Manny’s tribute page at www.huehnsfuneralhome.com.