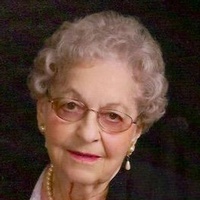 Born April 23, 1920 at home in “The Polish Settlement”, Town of Gibraltar. Margaret was the youngest of 16 children born to Martin and Agnes Kuberski Zak.

Margaret attended Pershing School, Town of Gibraltar. She worked as a waitress and maid at the local resorts, and at the age of 18 she moved to Milwaukee to work as a housemaid.

She married the boy next door and the love her life, Gardner Arthur Orsted, Jr. on June 7, 1941 at St. Mary’s of the Lake Catholic Church in Baileys Harbor. They celebrated 75 years of marriage with their family in 2016. Gardie preceded her in death in September of 2016.

They made their home in Racine from 1941 until Gardner was called to serve in the US Army in 1943. Margaret and their daughter Janice moved back to Baileys Harbor to live with her parents. After the war ended Margaret and Gardner settled on Little Marsh Road, Town of Gibraltar where they raised their family.

A Mass of Christian Burial will be held at 11 am Saturday, Aug. 18, 2018 at St Mary’s of the Lake Catholic Church in Baileys Harbor, WI. Rev. David Ruby will officiate.

Burial will be in the church cemetery. Family will greet relatives and friends at the Church on Saturday from 9:30 am until the time of services. In lieu of flowers a memorial has been established in Margaret’s name.