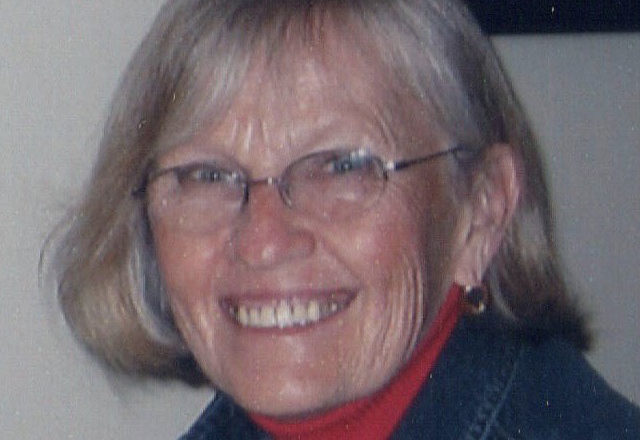 Marianne Martinson Bennett died on September 13, 2020 at Tender Reflections Memory Care in DeForest, Wisconsin.  She was born Marianne Louise Martinson on February 21, 1943 to Eunice (Christopherson) Martinson and Ivar Martinson in Winnetka, Illinois.  Her childhood was spent in Winnetka and Evanston, Illinois, where she graduated from New Trier High School in 1961.  While working in the Chicago area in 1963, she met Charles Bennett.  The two were married in 1965, then moved to Atlanta, Georgia where they had two sons, Joseph John (1968) and James Charles (1969).  The family moved from Atlanta to Dallas, Texas, then to Washington, DC with Charles’ job as an Associated Press Photographer.  In 1978, Marianne moved with her two sons to Sturgeon Bay, Wisconsin, where her mother, Eunice, helped her to raise her sons on the family homestead near Potawatomi State Park.

In 1981, Marianne enrolled at the University of Wisconsin at Green Bay (UWGB) with the goal of completing her bachelor’s degree in Early Childhood Development to begin a career in teaching.  In 1983, she received an educational grant that took her and her two teenage sons to Oslo, Norway for a year as she studied Norwegian children at play.  She graduated from UWGB in 1985.  After one year of teaching, she realized her true talents were in yacht sales.  Starting her career at Sturgeon Bay Yacht Harbor, she successfully sold for more than a decade.  Yacht sales took her to Washington, where she was able to spend time with her brother John Martinson and his family, then on to the sunny coast of Florida.

Never content with letting moss grow under her feet, Marianne qualified as a flight attendant in her 50s and flew with Northwest Airlines until her retirement from traditional jobs.   She would continue her job adventures as a boutique manager in New York City, water filter sales rep and finally a concierge sales rep at Marshall Field’s exclusive 28 Shop in Chicago.

Marianne was a risk taker and an adventurer.  She kept very active most of her adult life.  The things she enjoyed most in life were travel, golf, tennis, sailing, skiing, and swimming.  Her travels took her to Canada, Mexico, Hong Kong, Macau, Singapore, Vietnam, China, Switzerland, Taiwan, Morocco, Norway, Sweden, Denmark, France, Germany, Italy, the Netherlands, England, Scotland, and Ireland.

Marianne would also want to be remembered for her dedication to her animal friends.  Starting with her Yorkie, Charlie, she cared for Kitty, Mena, Tiki, Darlin, Sadie and Tinker Bell.

Due to COVID-19 restrictions, a celebration of Marianne’s life will be held in Door County at a future date.