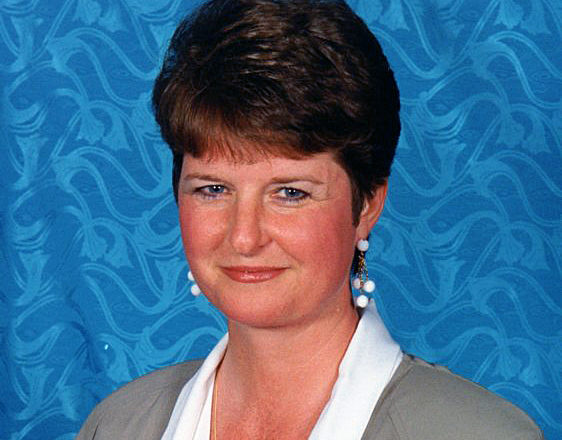 Marilyn Fitzgerald-White died peacefully in her home in Brussels, Wis. on March 30, 2018. She was born Feb. 8, 1950, to John and Dorothy White in Buffalo, New York. Marilyn was a lifelong educator. As the eldest daughter of 12 children, she honored her mother and father by being a devoted daughter and co-parent of her siblings. She became a math teacher at age 21, after completing a Bachelor of Science in Elementary Education from Wayne State University in just three years. Marilyn also served as a guidance counselor after earning her Master of Arts in Guidance and Counseling from Oakland University, Educational Specialist degree from Wayne State University. At age 28, she was named vice principal of L’Anse Creuse Elementary. She was a tireless advocate for better education.

In 1983, she changed careers. Starting as an insurance agent for Allstate in San Diego, California, she eventually worked her way back to education. She moved to Chicago, Illinois to become a sales manager in 1987, hiring and managing new recruits. In 1989, she began developing, implementing and managing the sales training for sales managers nationwide as Home Office Sales Manager. She also developed educational materials and training programs for the home office marketing staff and new insurance agents during this time. In 1990, she earned her Doctorate in Education, Educational Leadership from Western Michigan University.

She married her beloved husband, Frank R. Robinson, on August 14, 1994. They moved to Brussels, Wisconsin when they purchased the Roosevelt Schoolhouse in 1996, and began renovating it into a beautiful home. She became an agency manager in Wisconsin for Allstate and Frank became a substitute teacher for Southern Door Schools. Frank passed away February 28, 2003. She donated his organs, extending the lives of three individuals, and became an advocate for organ donation. She decided to change her last name to Fitzgerald-White, to honor her mother Dorothy’s maiden name Fitzgerald and her father John White, Sr.

Marilyn’s unwavering commitment to education continued in Southern Door School District. She was a tireless advocate for all children, staff, and families at Southern Door. She volunteered at many school activities and attended many of the student events. She was generous in recognizing students and staff for their successes and showed her appreciation of all their efforts through her words and actions.

Marilyn served as Chairperson of the YES for Southern Door Students group. As facilitator of the Strong Schools – Strong Communities group, she worked with other staff, board members, and community residents from throughout the county to foster collaboration amongst the school districts and promote the high quality of public schools through legislative advocacy in Door County and in the state. She embraced the opportunity to serve on the board of education by focusing on working to provide the students with the best learning environment possible.

Her service on the Southern Door Board of Education included her election as a member of Wisconsin’s CESA7 Board of Control in May 2017, an organization that provides educational services to 38 school districts. Marilyn lived her life completely devoted to helping encourage others to believe in themselves, guide them towards discovering their own gifts and passions, and equipping them with the skills they needed to know true success in life, even as she pursued her personal life goal to be a force for goodness in the world.

She was learning every day, and teaching every moment. She led by example, but was always willing to carry when needed. With every light that shined upon her, she enlightened another’s darkness. She believed, she encouraged, she cared, and she gave. She loved greatly, and was greatly loved in return.

To all those in the Door County area who helped make her life here so wonderful, her family thanks you with all our hearts. We will all miss her deeply and until we meet again. The fruit of her labors and the joy of her presence will forever continue to be a constant blessing in each of our lives.

Memorial services will be held at a later date, to be announced by her family. Forbes Funeral Home & Cremations is in charge of arrangements. Online condolences may be offered at forbesfuneralhome.com.