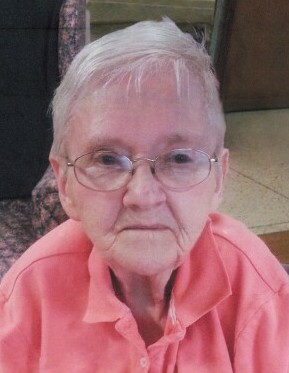 She was born April 4, 1932 in Sturgeon Bay to Richard and Jennie (Turnquist) Johnson. Marilyn grew up in Gills Rock and attended Newport School and Bethel Baptist Church. She graduated from Gibraltar High School and went to study at business school in Milwaukee. On October 13, 1951, Marilyn was united in marriage to Edwin Julius Nelson at Bethel Baptist Church. Together, they owned and operated Nelson’s General Store near Ellison Bay until 1962. After a year-long residence in Fort Lauderdale, FL, Marilyn and her family moved back to Wisconsin and resided in Sturgeon Bay.

She and Edwin owned and operated a Christian bookstore on the west side of Sturgeon Bay for several years.  During that time, Marilyn also worked as a secretary for Edwin at his real estate and insurance agency. She was employed with Evenson Laundry in Sturgeon Bay and worked there for a number of years. Above all, Marilyn was a caring and loving wife, mother, grandmother, and friend. Her favorite “job” was providing childcare for her beloved grandchildren. Marilyn always claimed, “Each grandchild is a blessing, and every day is a joy.” She was immensely proud of her grandchildren. She and Edwin were blessed with over 56 years of marriage. He preceded her in death on May 3, 2008.

Marilyn was known for making fantastic pies, Swedish puff, rice pudding, and potato salad – all of which were requested at various family gatherings over the years. Her family and her faith were the two most important aspects of her life. Marilyn was a woman of strong faith; she believed in Jesus Christ as her Lord and Savior and in the power of prayer. She was active in various ministries in her church, initially at Bethel Baptist in Ellison Bay, and then at First Baptist Church in Sturgeon Bay. In her later years, Marilyn attended Sturgeon Bay Community Church. Her faith and trust in God were visible in how she lived – a life of contentment and joy.

Her love will live on in the hearts of her daughter and son, Sharon Rogness and Steven (Lori) Nelson, both of Sturgeon Bay; six grandchildren, Rachel (Brian) Camlek of Wausau, Bjorn Rogness of Milwaukee, and Olaf Rogness of Minneapolis, MN, and Janna Nelson of Sheboygan Falls, Anders (Victoria) Nelson of Center Point, TX, and Hans Nelson of Sturgeon Bay; nine great-grandchildren, Layla, Ethan, and Levi Camlek, and Niles, Lily, Minerva, Cambria, Jameson, and Edna Nelson; and numerous nieces and nephews, many of whom were an important part of her life and provide many memories for our family.

Her life may be honored with a memorial service at a later date. Marilyn will be laid to rest beside her husband, Edwin, in Bayside Cemetery.

“Our family would like to express our heartfelt thanks to the staff of Sturgeon Bay Health Services for the wonderful and compassionate given to our mom these past seven years.”

Huehns Funeral Home, Inc. & Door County Crematory LLC in Sturgeon Bay are assisting the family. Expressions of sympathy, memories, and photos of Marilyn may be shared with her family through her tribute page at www.huehnsfuneralhome.com.