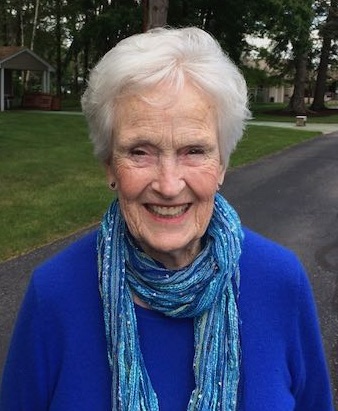 Marilyn Miller DeJonge died recently after a brief illness. Marilyn was born to Doris and Dewey Benton Miller on April 29, 1927 in Belwood, Illinois where she was raised and went to high school.

She and David were married on June 9, 1951. David preceded her in death in November of 2019. Marilyn and David both joined the Park Ridge Theater Guild when they moved to Park Ridge, Illinois. They were both active in that and made many friends. Marilyn in particular, starred in many of the productions, including the role of Mary, Queen of Scots.

Marilyn worked much of her married life at several jobs. She was a substitute teacher, a cocktail waitress and very successful career as a sales representative. She was also very active in the choir at the Park Ridge Community Church and later in the choir at Hope Church when they moved to Sturgeon Bay in 2005.

A private family “Celebration of her Life” has been held.