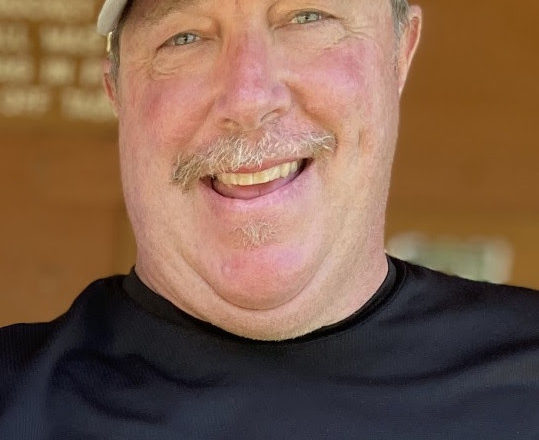 He was born June 14, 1960 in Milwaukee, the youngest of three boys born to Chester Clayton Schneider Jr. and Joan May (Miller) Schneider. Growing up, the Schneider family sailed the Great Lakes and beyond – a passion handed down and respected by the next generation. Mark graduated from Southern Door High School in 1978 and was most recently employed at HATCO. He was an accomplished author and wrote about his life and troubles that he faced throughout.

“The year was 1974 and the Schneider family was in a state of disarray. We were a complete flop, no communication, two auto accidents, and Dad and I in casts. My mother and father were on the brink of a divorce and both of my brothers were supposedly getting an education at the University of Utah, or at least that’s what they would have liked my parents to believe. The trust was they were getting their master’s degrees in downhill skiing on the best snow on earth, chasing ski bunnies down the slopes of the mountains in Utah. I wanted desperately to be suffering that same, terrible fate, however, I was back in the freezing cold of Wisconsin weathering a storm of my own.

My parents and I were in the middle of a family feud but unfortunately, we were the only three contestants. Mom and dad had been fighting and feuding for years and I was the only one of three brothers left to deal with the situation. Dad would come home late and the battle would begin. Mom would ask where he had been and the standard response was, “working late”, however the alcohol on his breath and the scent of another woman would be disguised. This situation was going on while I was in the middle of my own teenage crisis – dealing with puberty and raging hormones.

I couldn’t stand it when my parents fought all the time; I knew something would have to give, one way or another. This situation seemed to prompt my father into the most profound revaluation the Schneider family had ever heard. After many years of contemplating and dreaming, my father decided to approach the rest of the family with an ultimatum: “either we go with him or he would go alone on sabbatical for a year to the Caribbean.” We concluded that he must be drunk, which was entirely possible, however the next day, the statement was repeated by a sober Chester Schneider. The family was in complete shock after my dad’s announcement. I was filled with excitement and awe and after very few moments of contemplation, my mom and I decided it sounded like on hell of a good idea and when do we start!

I was fourteen and just an adolescent in the middle of puberty – confused, frustrated, and full of a lot of the questions most teenagers have. I didn’t fully understand the implications of taking off to the seasons beyond, with my entire family. My father had set the stage for what would be one of the most incredible adventures of my life and the most amazing thing was that I had been ready to leave on a life-ending venture of my own. At a point in my life when things were supposed to be just beginning, I thought my life was unraveling.

I had not seen what life had to offer, but for some reason that I cannot understand to this day, I attempted to take my own life by consuming almost an entire bottle of sleeping pills in one evening, when I was at home by myself. It was a situation that only a depressed teenager could relate to. I was overwhelmed with self-pity and a belief that I had no other way out. I had thought it was possibly a combination of my parent’s arguments and having no sense of self-worth.

I later discovered it was depression and a deep-seated guilt about being molested by an assistant Boy Scout leader when I was 11 years old. The mental scars from that incident still haunts me to this day. I wonder how many other children are suffering from the same terrible pain as I have, because of these individual’s despicable acts. If this man only new the damage that he caused myself and countless others, I wonder if he would repeat them again.”

Mark was preceded in death by his wife, Ann Schneider and mother, Joan Schneider.

In honor of his wishes, no formal services will be held at this time.

Huehns Funeral Home, Inc. & Door County Crematory LLC of Sturgeon Bay are assisting the Schneider family. Expressions of sympathy, memories, and photos of Mark may be shared with his family through his tribute page at www.huehnsfuneralhome.com.