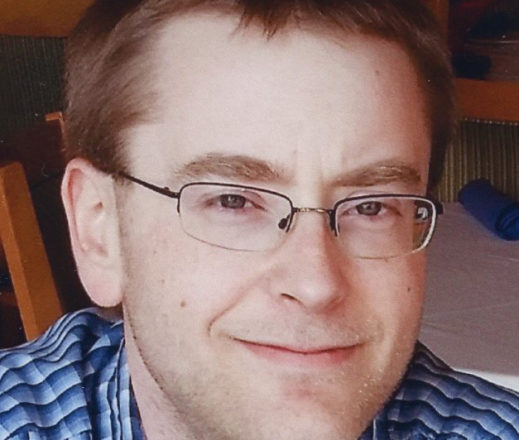 Marshall R. Meissner of Sturgeon Bay died on March 15, 2017 at St. Vincent’s Hospital.  On March 17, he was removed from life support and his final request to have his organs donated was fulfilled.  Although Marshall’s life was cut short, he will live on among those who received a part of him. And too, he will lovingly live forever in the hearts of those who knew him.  He was 33.

Marshall was born on September 27, 1983 to John and Mary (Goetz) Meissner in Sturgeon Bay.  He graduated from Southern Door High School and went on to manage the Goetz Hide-a-Way resort bar where he served his patrons with gusto.  He brought cheers to those who entered and frequently gave out two-dollar bills and fifty cent pieces for change.

Marshall had many interests and when he was away from the tavern, he avidly pursued them.  He excelled in computer related skills and insured that friends’ and relatives’ devices were up and running smoothly.  Science was always on Marshall’s mind and he combed the internet for knowledge and often reported on discoveries that demonstrated how the science fiction he read of was becoming real.

Other interests included a surprising flair for oil painting, frequent rounds of golf, fishing, playing darts, pool, computer games and the collecting of interesting gadgets.  He was also in process of restoring an old aluminum boat.

Marshall will be missed by his mother Mary Goetz-Meissner, his father John and step-mother, Tron Meissner; his significant other Bobbie Lienau, aunts and uncles: Diane (Russ) Van Dreel, Tom Goetz, Marlene Schrank, Greg (Marsha) Meissner, Chris (Loga) Meissner-Naidoo; many cousins and his dogs Pepper and Snicker.  He was preceded in death by his grandparents Joseph and Lucille Goetz; and Roy and Dorothy Meissner; uncle Paul Goetz and aunt Dolores Swetlik.

The family extends a special thank you to the staff of Door County Medical Center ER and Critical Care Team of St. Vincent’s Hospital for the care and compassion given to Marshall and to all who contributed to making this difficult time bearable.