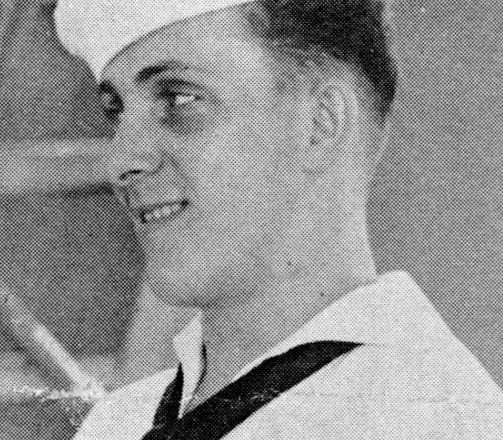 He was born December 17, 1943 in Sturgeon Bay, the son of Stanley and Frances (Felhofer) Gureski. Martin graduated from Sunny Point Grade School in 1958 and from Sevastopol High School in 1962. In August of 1962, he enlisted in the United States Navy where he served for four years on the East Coast from Little Creek Virginia Naval Base. Martin’s training at Great Lakes Naval Base in Gurney, IL earned him a license as a first-class electrician. During his service on the USS Ashland, he was on the underwater demolition team, and in 1963, he was enlisted in the 2nd Navy Seal Team organized by President Kennedy where he participated in many important missions during the Cuban Missile Crisis.

Martin was united in marriage to Patricia Cecilia Ruder on May 11, 1968 at Saints Peter & Paul Catholic Church in Milwaukee. They had one son, Martin Charles Gureski II.

Martin retired from dairy farming in 1994 when his health became a concern and served a number of years on the Town of Egg Harbor Board and later as assistant Harbormaster at the Egg Harbor Marina.

He was active in a Door County car club for many years while he enjoyed the hobby of restoring cars and eventually donated one of his cars to his church, St. John the Baptist Catholic Church in Egg Harbor, to raise money for a new organ for the church. Martin was an avid gun collector. In his later years, he built a Kitfox two-seater tail dragger airplane when he and his son’s interests turned to flying.

He was preceded in death by his parents; and son, Martin II.

A Mass of Christian Burial will be held at 11:00 a.m. on Saturday, June 2, 2018 at Stella Maris Parish-Egg Harbor site with Fr. David Ruby as celebrant. Martin will be laid to rest in St. John the Baptist Cemetery with full military honors by the United States Navy and the Weber-Tess AMVETS Post 51.

Visitation for family and friends will be held from 4:00 p.m. until 7:00 p.m. on Friday, June 1, 2018 at Huehns Funeral Home in Sturgeon Bay with a parish wake service to conclude the visitation at 7:00 p.m. Visitation will continue at Stella Maris Parish-Egg Harbor site, Saturday morning, from 9:30 a.m. until 10:50 a.m.

In lieu of flowers, memorials may be given in Martin’s name for a veteran organization of your choice.