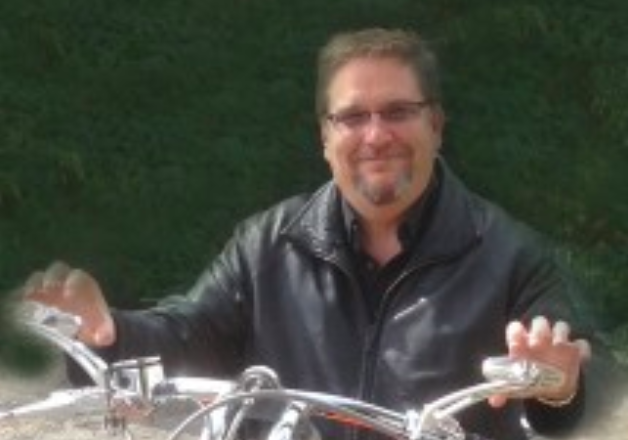 He was born in Sturgeon Bay to Martin “Mike” Cyrus Jr. and Sheila (Haggerty) Kelsey. Mike graduated from Sturgeon Bay High School with the Class of 1980. He married Jeannine Marie Collins on August 4, 1984, at Bay View Lutheran Church in Sturgeon Bay.

Mike and Jeannine owned and operated the Boathouse in Racine in the late 1980s and returned home to Sturgeon Bay in 1989. Together with family, he formed a chapter of the “Bay Shore Mafia.” As the “Don,” he held regular sunset meetings around his fire pit near the Bay, where he toasted the day’s blessings with his favorite glass of bourbon.

Mike and Jeannine owned and operated Oliver Station in Sturgeon Bay. Like his father, Mike’s primary employment was with Palmer Johnson Yachts, where he was president, although Mike would say he was “just a floor sweeper.” Although he was based in Sturgeon Bay, he represented Palmer Johnson worldwide. Mike was a past commodore of the Sturgeon Bay Yacht Club. He was also an active member of St. Joseph Parish in Sturgeon Bay and served on the board of St. Joseph School.  He loved helping in the kitchen for the Lenten and fall fish fries at church.

Mike and Jeannine were blessed with more than 35 years of marriage and seven children who meant the world to him. Mike loved his family more than anything. He liked tractors (and really, all things old with wheels). Mike had a love of sailing and boating. He enjoyed walking with his group at the Door County YMCA. Mike also liked to go snowmobiling and ice fishing. He supported local stock-car racing at The Hill and appreciated vintage cars. Music was an important part of Mike’s life, and he sang in the bands Dow Jones, Chrome Alley, and GLAS HAMR. He had an exceptional memory. A favorite pastime was communicating worldwide on his ham radios.

He was preceded in death by his father, Martin C. Kelsey Jr.; and stepfather, Scotty Turner, as well as his father-in-law, Irv Collins.

Mike’s life will be honored with a mass of resurrection on Friday, Jan. 10, 11 am, at St. Joseph Catholic Church in Sturgeon Bay, with Fr. Robert Stegmann as celebrant. Mike will be laid to rest in the Bayside Cemetery columbarium at a later date.

Visitation will be held Thursday, Jan. 9, 4-7 pm, at Huehns Funeral Home in Sturgeon Bay. There will be no visitation prior to mass.

“Our family would like to express our heartfelt thanks to the staffs of Door County Cancer Center and Door County Medical Center for the care given to Mike, and to all of our friends and community members for your prayers and support.”

“hashtaterbayshoremafia, You stand relieved, we have the watch.”
— Your Crew

Expressions of sympathy, memories and photos of Mike can be shared through his tribute page at huehnsfuneralhome.com.