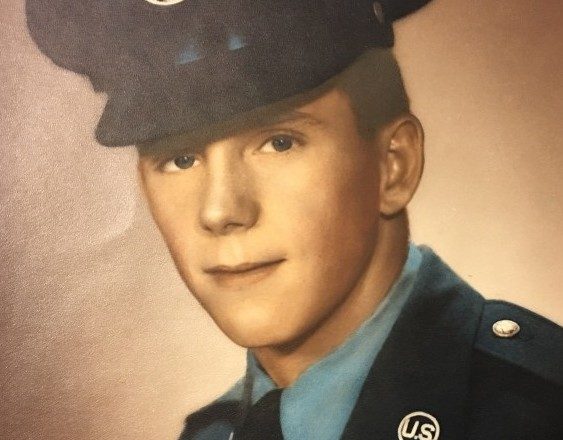 He was born Jan. 29, 1939 in Sturgeon Bay, the son of Marvin Edward Watters, Sr. and Gertrude (Rackow) Watters. Sonny attended Sawyer School and Sturgeon Bay High School. He served his country with the United States Air Force for three years from 1957 until 1960 and was stationed in Texas and Alaska.

On Oct. 6, 1962, he married Donna Marie Glaub at St. Peter’s Ev. Lutheran Church in Sturgeon Bay. They shared more than 32 years of marriage and were blessed with two children.

Sonny had numerous jobs throughout his life. He was employed with Palmer Johnson and Peterson Builders before working for the City of Sturgeon Bay Street Department for over 30 years. Sonny also worked in plumbing for 3 years while living in Sturtevant, Wis. He moved to Menasha in 2010.

Sonny was a proud veteran and an active and lifetime member of the Weber-Tess AMVETS Post 51 in Sturgeon Bay. He liked watching war movies and always enjoyed visiting about military service experiences. Sonny was active and played in numerous dartball and softball leagues in Sturgeon Bay and also bowled in leagues in Menasha.

Sonny was preceded in death by his parents; and sister, Shirley (Donald Schwantes; Frank) Fink; and many aunts and uncles.

Memorials may be given in Marvin’s name for the AMVETS Post 51 Terry MacDonald Scholarship Fund and the AMVETS Department of Wisconsin Hospital and Service Foundation Scholarship.

Expressions of sympathy, memories, and photos of Marvin may be shared with his family through his tribute page at www.huehnsfuneralhome.com.