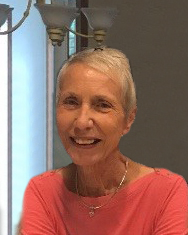 Mary A. Anheuser (nee Lax) of Sister Bay, formerly of Hartland, WI passed away at home Tuesday, May 26, 2020 at the age of 76. She valiantly fought pancreatic cancer for over two years.

Mary was born in Manitowoc on November 21, 1943, the daughter of the late Clarence J. and Gertrude M. (Surfus) Lax. She was the loving and caring wife of A. Anthony “Tony” Anheuser for 52 years. They were married at Sacred Heart Catholic Church in Manitowoc on July 13, 1968.

Mary was a 1966 graduate of Alverno College and spent several years teaching in the Milwaukee Public and Menomonee Falls School Districts before becoming a co-owner of the Bazaar Home Decorating Center. She was well respected by her staff and recognized by customers for her exceptional service.

After retirement, she found joy working at the Scandinavian Lodge in Sister Bay.

The family wishes to thank the staff at Unity Hospice for their special care, love and support give to both Mary and Tony.

Due to the current pandemic, a Mass of Christian Burial and celebration of Mary’s life will be held in Door County later at a time to be announced.

In lieu of flowers and gifts, memorial donations should be directed to Feed My People of Door County in Mary’s memory.