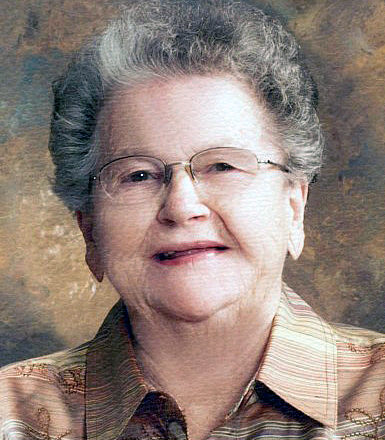 Mary Catherine Sorenson, 91, of Sturgeon Bay, died peacefully at Oak Creek Assisted Living in Algoma on March 8, 2017 with family by her side. She was born November 16, 1925 in Sturgeon Bay to Robert and Alice (Haen) Murray and spent her entire life in Sturgeon Bay. Mary graduated from Sturgeon Bay High School in 1943. During and following the war years, she worked at Leathem Smith Shipyard and Dry-dock (now Bay Shipbuilding) in Sturgeon Bay as a secretary, and while working there, met her husband-to-be, Hans Frederick “Fred” Sorenson, a yacht captain, in 1947. Fred and Mary were married on November 6, 1948 at St. Joseph Catholic Church in Sturgeon Bay.

She was a Cub Scout leader and member of the Christian Mothers of St Joseph’s. Mary was a stay-at-home mom and enjoyed spending time with her children, grandchildren, and great grandchildren. Fred and Mary were loving, supportive parents and grandparents, attending each and every activity from sports events to band concerts and everything in between. She also enjoyed watching Packer and Brewer games, going out to eat, and shopping.

Mary, along with her quick wit and sense of humor, will be sadly missed by her family and friends.

A Mass of Christian Burial was celebrated on Monday, March 13, 2017 at St. Joseph Catholic Church in Sturgeon Bay with Fr. Robert Stegmann and Mary’s son-in-law, Dcn. Mark Hibbs, concelebrating. Burial will be in St. Joseph Cemetery, beside her husband, Fred.

A very special thank you goes out to Marie Pinchert and her wonderful staff for the loving care that Mary received at Oak Creek over the past three years, as well as to Southern Care Hospice of Green Bay, and Pine Crest Village of Sturgeon Bay for previous years.

Huehns Funeral Home & Cremation Services in Sturgeon Bay is assisting the Sorenson family with arrangements. Expressions of sympathy, memories, and photos of Mary may be shared with her family through her tribute page at www.huehnsfuneralhome.com.