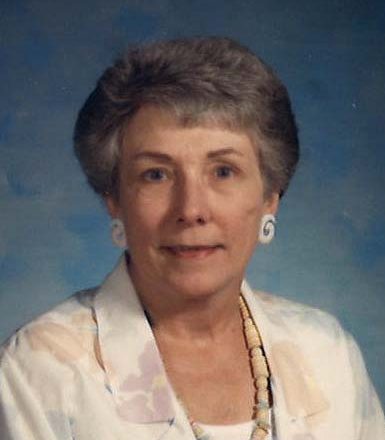 Mary was born April 29, 1930 at Altdorf, WI to Casper and Cecelia (Kelly) Huser.  Given her unending desire to learn to read, a special dispensation was made which allowed Mary to start first grade at age five in a time before the existence of Kindergarten.  She attended Altdorf School, a small school, which in some grades she was the only student.  Mary’s love of reading continued throughout her entire lifetime.

She returned to Central Wisconsin in 1953 where she met and married Elmer Horn on September 3, 1955.  After her youngest child entered Kindergarten in 1970, Mary enrolled as a student at the University of Wisconsin – Stevens Point, graduating with a bachelor’s degree in Science – Education/Library Science.  She also was awarded a master’s degree in Science as a Reading Specialist and, in 1978, received a degree in School Administration from the University of Wisconsin – Madison.  She taught in the Wisconsin Rapids Public School District throughout her entire professional career.  After moving permanently to Sturgeon Bay in 1996, Mary was an active member of the Door County Master Gardeners Association, the Friends of Potawatomi State Park, and other local civic organizations.

Mary’s children were the greatest joy in her life and extremely important to her.  She was always interested in what they were doing and extremely proud of all of them.  Even though her children lived in several areas of the United States after college graduation, she joined them to celebrate birthdays, graduations, and other life events. In turn, her children and grandchildren joined Mary and Elmer on trips to Switzerland, British Columbia, Disney World, and the Florida Keys, as well as the Horn Door County home on the Niagara Escarpment near Sturgeon Bay.  Mary loved to travel, visiting all 50 US States and over 30 different foreign countries during her lifetime.

A Celebration of Life for Mary will be held at Saint Joseph Catholic Church, 110 North 5th Avenue, Sturgeon Bay 54235 on Saturday, October 23, 2021.  Visitation will begin at 10 a.m. There will be a mass at 11 a.m. In lieu of flowers, Mary’s family requests that donations be given to the Friends of Potawatomi State Park, 3740 Park Drive, Sturgeon Bay, WI 54235 (http://www.runwild.org).  Forbes Funeral Home is assisting the family