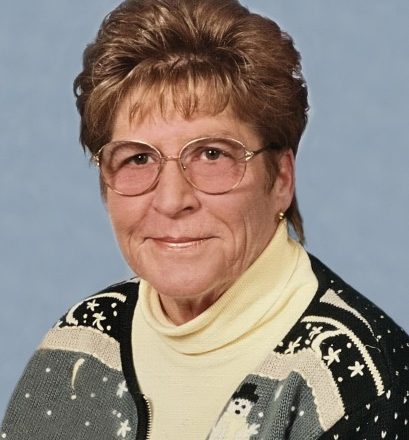 She was born January 31, 1947 in Sturgeon Bay, daughter of the late James and Hildegarde Clara (Brauer) Writt. Mary graduated from Sevastopol High School with Class of 1965, where she met her high school sweetheart and future husband, Lawrence Marvin Tanck. The two were united in marriage at SS Peter & Paul Catholic Church in Institute on October 29, 1966. Mary and Lawrence began Tanck Plumbing & Heating in 1983 and operated it side-by-side until their retirement in 2014. She also waitressed at The Mill Supper Club for many years. During her younger years, she played softball, loved snowmobiling, and excelled in bowling with various leagues. More recently, Mary enjoyed visiting their cottages in Crooked Lake and Minocqua, shopping, and spending time with her grandchildren.

Mary’s life will be honored with a Mass of Christian Burial at St. Joseph Catholic Church on Thursday, October 7, 2021 at 11:00 a.m. She will be entombed in St. Joseph Mausoleum.

Visitation for family and friends will be held at the church from 9:00 a.m. until the start of Mass. In lieu of flowers, memorial donations can be made in Mary’s name to Neighbor to Neighbor.

Huehns Funeral Home of Sturgeon Bay is assisting the Tanck family. Expressions of sympathy, memories, and photos of Mary may be shared with her family through her tribute page at www.huehnsfuneralhome.com.