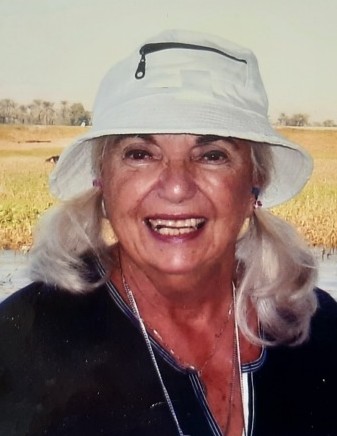 MaryAnn Austin, affectionately “Mitt” to all who knew and loved her, of Washington Island, WI, died at age 95 in the loving arms of her family late Sunday night, March 21, 2021.

Mitt was born August 28, 1925 in Kenosha, WI, the daughter of Gustav A. and Edna M. (Ely) Mittelstaed. She graduated Kemper Hall High School in Kenosha, WI. Mitt then attended MacMurray College in Jacksonville, IL with a major in Drama and minor in English. One of her first forays into acting, that her children remember, was as a member of the Libertyville, IL Kirk Players. As a teacher, Mitt devoted her life to inspiring young minds in Mundelein, IL. She taught second grade at Jefferson Elementary School for four years prior to teaching fifth grade at Lincoln School for ten years. Mitt finished her teaching career at Carl Sandburg Middle School where she taught English. She shared her passion for drama and theatre with all of her students by organizing and performing plays.

On her summer hiatus from teaching, in 1970, Mitt started The Red Barn Theatre Group on Washington Island where she and her family spent their summers. She was also a charter member of the Island Players. After Mitt retired from teaching in 1984, she moved to Washington Island in Door County, WI. She lived on the island for twelve years before moving to Punta Gorda, FL in 1996. Mitt eventually relocated to Beverly Hills, FL and resided there until August of 2015, when she moved back to Washington Island, WI.

She had a true love for nature, which was personified by the island. Mitt shared this great love with her grandchildren. She was also an active board member for the Jackson Harbor Ridges Nature Conservancy.

She was preceded in death by her parents; son, Gilbert Knight; and grandson, Timothy Knight.

Mitt’s life will be celebrated privately by family and friends at a later date.

Memorials may be made in Mitt’s honor for the continuance and preservation of The Red Barn Theatre. Donations for the new roof fund can be made at the Town office. Donations may also be made toward The Island Players or The Art and Nature Center.

“Our family would like to extend our heartfelt thanks to Dr. Beth Lux and the staff of Unity Hospice for the wonderful and compassionate care given to our mother.”

Casperson Funeral Home & Cremation Services in Sister Bay, WI is assisting the Austin family. Expressions of sympathy, memories, and photos of Mitt may be shared with her family through her tribute page at www.caspersonfuneralhome.com.