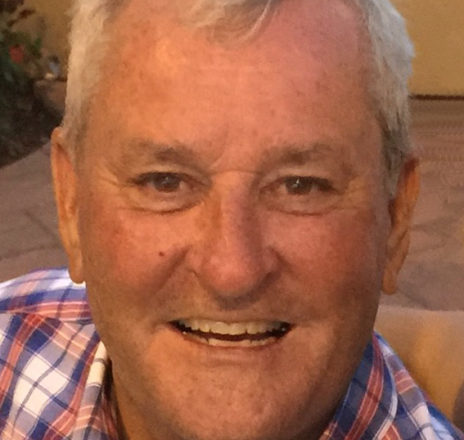 Michael L. Woldt, 70, of Sturgeon Bay died at Aurora Bay Care in Green Bay. He was born in Green Bay to Lawrence and Lorraine (Cunningham) Woldt. After high school, he served his country in the U.S. Navy from 1967 to 1971. On February 19, 2016, he married Jennifer L. Fairchild in Las Vegas.

Mike owned and operated Woldt’s Corner Pub in Sturgeon Bay for 29 years. Before realizing his lifelong dream of opening a restaurant, Mike worked for the Green Bay Chapter of the Teamsters Union for several years. Prior to that, he was employed by Mrs. Karl’s Bakery in Green Bay for many years, where he started as a bread truck driver and worked his way up into management.

As an avid golfer, Mike was out on the golf course whenever he wasn’t at the restaurant. He loved wintering in Arizona, where he enjoyed hosting parties with his many friends.

Mike was a wonderful husband, father, grandfather, brother, stepfather and friend. He will be greatly missed by all who knew him.

Private family burial services will be conducted at Clay Banks Cemetery. Family and friends are invited to a celebration of Mike’s life on Monday, June 24, 2-6 pm, at Woldt’s Corner Pub, 911 Green Bay Road in Sturgeon Bay, 920.743.9115. Forbes Funeral Home & Cremations is in charge of arrangements. In lieu of flowers, a memorial fund has been established.