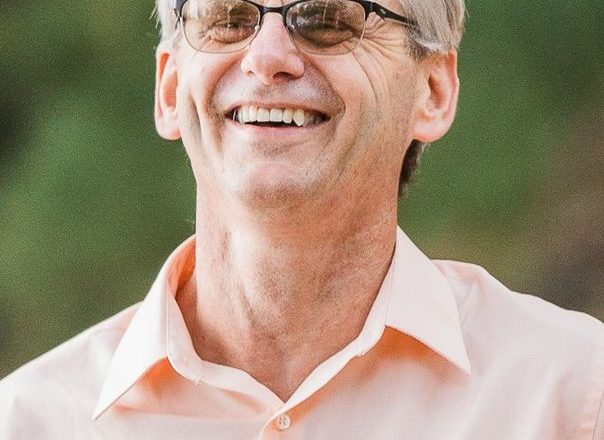 On Wednesday, September 2, 2020, Michael Allan McMillion, loving husband and father of two, died at the age of 61 from a sudden brain aneurysm.

Mike was born on September 17, 1958 in Laona, WI to George and Margie (Powell) McMillion.  On October 6, 1979, he married Brenda Lee Renkas.  They raised two wonderful children, Brigette and Cole.

Mike was a very hard worker and loved the outdoors and was able to combine these two qualities into a successful family business with his wife, and brother and sister-in-law, Rob and Barb.  Mike has been a proud co-owner of Rock Falls Riding Stable in Arbor Vitae, WI for 15 years.  He considered everyone at Rock Falls, past and present, family.

Family and friends were important to Mike, above all else.  He was fortunate to spend 40 wonderful years married to the love of his life, Brenda.  Mike was tremendously proud of his kids and grandkids and dedicated many hours to coaching and attending their sporting endeavors and other special events.  He always encouraged his kids to be better and do better and often served as a guiding compass, he was so proud of the people they had become.  Mike was a friend to all and had a knack for making everyone feel comfortable around him with his goofy sense of humor and his ease at spinning a good story.  Everyone who knew and loved him had their own account of how he made them feel important and special, or of their crazy escapades together.

He enjoyed adventures and had countless tales of those he went on as a kid with his childhood friends and family.  In recent years he enjoyed hiking, biking, camping, kayaking, snow shoeing, cross country skiing, vacationing and spending quality time with his wife, kids, and grandkids.  Mike was also such a creative person and had a talent for writing (few people have been lucky enough to read his draft novel), painting (he learned this from his step-mother), attempting to craft his own cribbage boards (none survived), and he had a soft spot for comic books (Superman and Thor were his favorites).

He was a fiercely loyal friend.  He stuck up for the little guy and would fight for what is right and just.  Mike was an amazing man with the biggest heart.  Nothing made Mike happier than chopping wood, reading a good book (then being able to talk about it with his wife and daughter), managing his fantasy teams with his son, telling stories, or solving the world’s problems with a drink and a game of cribbage.  He never wanted a good time to end, no matter who he was with, and he would want everyone now to remember his jokes and the wonderful times they had with him-there are so, so many.

Mike was preceded in death by his father, George, mother, Margie, and brother, Muscles.  He is survived and will be deeply missed by his wife, Brenda, his children Brigette and Chad Shefchick, and Cole and Marta McMillion, grandchildren Patrick and Scarlett Shefchick, siblings Jim and Althea McMillion, Mandy (Sissy) and Jack Fraley, Linda McMillion and Ralph Forseth, Nuke and Bonnie McMillion, John and Allison McMillion, Rob Renkas and Barb Gollnow, Mike Renkas, and many aunts, uncles, cousins, nieces and nephews, and great nieces and nephews.  Mike adored everyone; family and friends were so very important to him.

“Death is that state in which one exists only in the memory of others.  Which is why it is not an end.  No goodbyes.  Just good memories.  Hailing frequencies closed, sir.”

No services will be held. Online condolences may be left for family at www.weberhillfuneralhome.com