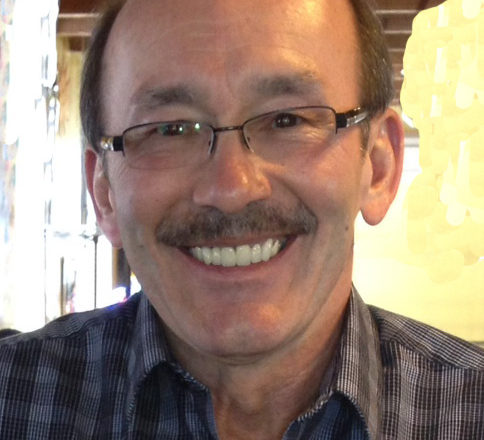 On April 30, 2020 after a valiant battle with cancer Mitch passed at home in PEACE moving on to his next adventure: eternal life. “Be prepared for a good time all you heavenly beings!”

Mitch was born on December 18, 1951 to Milton and Marjorie (Schuth) Eisen in Los Angeles, CA. He lived in many places during his lifetime, including Los Angeles, CA; Wauconda, IL; Milwaukee, WI; Fort Worth, TX gradually making his way to Door County.

Prior to Mitch’s retirement he worked full time at Door County Medical Center in Materials Management delivering supplies, a few good jokes, and possibly sharing some of his vast knowledge on a multitude of interesting topics.  In addition, he thoroughly enjoyed his part time mixologist positions at The Florian Supper Club in Baileys Harbor and the Sturgeon Bay Yacht Club meeting many people who became his dear friends. He could definitely hold his own on a wide array of subjects, thus earning the nickname of “RL” (aka Rubber Lips) due to his gift of gab. Many people were lucky enough to witness his air guitar skills which were second to none. He loved music, especially Classic Rock. He visited the Rock ‘N Roll Hall of Fame in Cleveland, OH numerous times. The guy had rhythm; OMGosh he could dance (thanks to his sisters)!! Mitch was an avid sports fan and participant; football, baseball, soccer, and bowling to name a few.  And, not to be forgotten was his obsession with golf. Vacations taken across our nation always included at least a few rounds of golf. He had the heart of a poet and was one. Mitch loved people and used to mention how happy it made him to turn someone’s frown into a smile. Love and importance of family and friends coursed strongly through his veins, as did a strong spiritual belief.

The following quote sums Mitch up in a nutshell: “I see myself as a huge fiery comet, a shooting star. Everyone stops, points up and gasps “Oh look at that!” Then – whoosh, and I’m gone….and they’ll never see anything like it ever again…. and they won’t be able to forget me – ever.”  Written by one of Mitch’s favorite Classic Rock artists, Jim Morrison.

A Celebration of Mitch’s Life will be held at a later date after COVID-19 restrictions are lifted. In lieu of flowers, memorials may be directed to the Door County Medical Center Foundation for the David Spude Cancer Center Fund, P.O. Box 230, Sturgeon Bay, WI 54235.  Forbes Funeral Home and Cremations is in charge of arrangements.

Our family would like to express our heartfelt thanks to the staff at the Door County Cancer Center for their care and support through Mitch’s illness; and to “Mitch’s B*****s” for all their love and unending support. “No One Fights Alone”