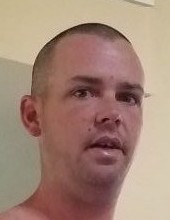 He was born in Orlando, Florida, the son of Ramona Harris and Raymond Burkart. Nicholas lived in Florida until age 12, when he moved to Green Bay, where he attended school and graduated from high school there.

Nicholas was a pipefitter by trade and was known for his meticulous work. He also worked in construction as a roofing company supervisor and for various local construction companies and shipyards.

Nicholas loved hanging out with family and friends, especially family nights during Packer season. He worked hard for his family and especially his son, Tyce.

A celebration of his life will be held at a later date.