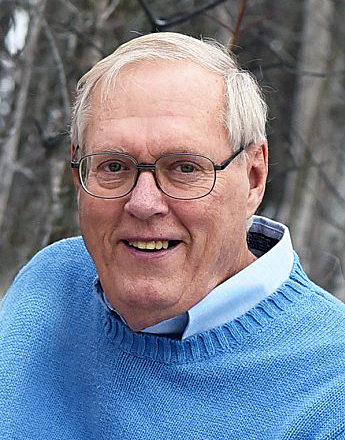 He was born November 26, 1945 in Port Washington, the son of Clarence and Barbara (Lanser) Becker. Norm graduated from Port Washington High School in 1964. He went on to study at the University of Wisconsin-Oshkosh and then Fox Valley Technical College in Appleton where he earned his degree in accounting and data processing in 1971. Norm was united in marriage to Susan Ann Pause on May 11, 1968 at St. Peter Catholic Church in Oshkosh. He initially worked in hospital administration and was the business office manager for St. Alphonsus Hospital in Port Washington. He and Sue moved to Door County in 1988 and made their home in Sturgeon Bay. They moved to Baileys Harbor in 1996. Norm was the bakery manager for Callsen’s Main Street Market in Egg Harbor and worked at the market from 1995 until 2011. He and his wife established Journey’s End Motel & Cabins in Baileys Harbor in 1996 and presently own and operated together.

Norman enjoyed all aspects of being the owner of Journeys End Motel and Cabins. He particularly enjoyed providing his guests with a memorable vacation.  He enjoyed cooking and grilling and canning foods – tomato juice, pickles and dilly beans. Norm also liked gardening. Above all, he loved his family. Spending time with his wife, children and grandchildren made him the happiest. Norm will be remembered for his patience, dry but funny sense of humor, and being a real “Mr. Nice Guy.”

He will be deeply missed by his wife, Sue, with whom he shared over 49 years of marriage; daughter and son, Kristin (David) Phillips of Kentucky and Andrew (Shelby) Becker of Appleton; four grandchildren, Lodner and Niles Phillips and Ava and Ethan Becker; two sisters and one brother, Darlene (Bryan) Hanke of Manitowoc, Jeannie (Lanny) Lillibridge of Melbourne, FL, and Daniel (Lola) Becker of Oneida; nieces and nephews, other relatives; and friends.

Norm was preceded in death by his parents; and infant brother, John.

A Mass of Christian Burial will be celebrated at 11:30 a.m. on Monday, June 5, 2017 at Stella Maris Parish-Baileys Harbor site with Fr. Ron Colombo as celebrant. Norm will be laid to rest in the Baileys Harbor Town Cemetary.

Visitation for family and friends will be held at the church, Monday morning, from 10:00 a.m. until the time of Mass.

IN LIEU OF FLOWERS, memorials may be given in Norm’s honor to Feed and Clothe My People.

Huehns Funeral Home & Cremation Services in Sturgeon Bay is assisting the Becker family with arrangements. Expressions of sympathy, memories, and photos of Norm may be shared with his family through his tribute page at www.huehnsfuneralhome.com.