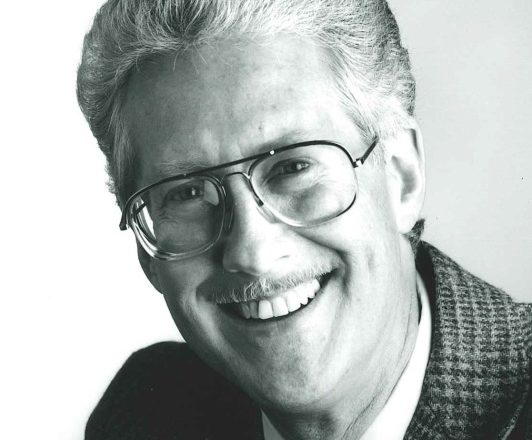 Norman Schweikert, a member of the Chicago Symphony Orchestra’s horn section from 1971 until 1997, died at his home on Washington Island, Dec. 31, 2018, after a brief illness. He was 81 years old.

A native of Los Angeles, Norman began piano lessons at the age of six, added violin soon after, and turned to the horn at age thirteen. His first horn teachers were Odolindo Perissi and Sinclair Lott, both members of the Los Angeles Philharmonic. During high school, Norman won a scholarship to the Aspen Music Festival, where he studied with Joseph Eger. In 1955, he auditioned for Erich Leinsdorf, then music director of the Rochester Philharmonic Orchestra, and won his first professional post as fourth horn there. He was its youngest member and in succeeding years played second and third horn.

While in Rochester, Schweikert attended the Eastman School of Music and performed and recorded with the Eastman Wind Ensemble under Frederick Fennell. Studying with Morris Secon and Verne Reynolds, he graduated in 1961 with a bachelor’s degree and a performer’s certificate in horn. During his eleven-year tenure in Rochester, Norman served three years with the United States Military Academy Band at West Point as well as five years on the faculty of the Interlochen Arts Academy as instructor of horn and a member of the Interlochen Arts Quintet.

In June of 1971, at the invitation of music director Georg Solti, Norman joined the Chicago Symphony as assistant principal horn, just in time for the Orchestra’s first tour to Europe. In 1975, he was named second horn, the position he held until his retirement in 1997 (he continued to play as a substitute or extra until June 2006). Norman appeared as a soloist with the Orchestra on a number of occasions, and in March 1977 he—along with colleagues Dale Clevenger, Richard Oldberg, and Thomas Howell—was soloist in the recording of Schumann’s Konzertstück for Four Horns under the baton of Daniel Barenboim for Deutsche Grammophon.

In 1970, Norman chaired the International Horn Society’s organizing committee and served as its first secretary and treasurer. He continued on the advisory council, contributed many articles to The Horn Call, and was elected an honorary member in 1996. From 1973 until 1998, Norman served as associate professor of horn on the faculty of Northwestern University.

In his retirement, Norman, and his wife, Sally—a thirty-year veteran of the Chicago Symphony Chorus—made their home on Washington Island in Wisconsin, where he performed with the Washington Island Music Festival. They were longtime members of the Chicago Symphony Orchestra Alumni Association, regularly attending annual reunions. Norman also continued his research into the lives of U.S. orchestra members, a project that he started while studying at Eastman, and his collection of material on the subject is likely the largest private collection of its kind in the world. In 2012, Norman’s book The Horns of Valhalla—the story of horn players Josef and Xaver Reiter—was published by WindSong Press Limited.

Schweikert is survived by Sally, his beloved wife of fifty-seven years; and their son Eric, principal timpani of the Fort Wayne Philharmonic.

A memorial service to honor Norman’s life will be held at a later date.  Burial will be in the Washington Island Cemetery.

Casperson Funeral Home is assisting the family with arrangements. Expressions of sympathy, memories, and photos of Norman can be shared with his family through his tribute page at www.caspersonfuneralhome.com.