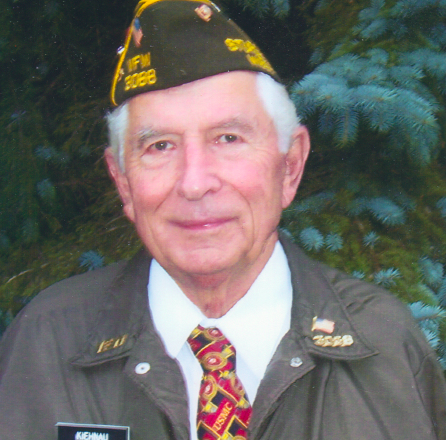 Norman W. Kiehnau, 88, of Sturgeon Bay died at his home in Institute.

He was born in the Town of Jacksonport on the farm of his parents, William N. and Lydia Laura (Treichal) Kiehnau. Norman attended Sevastopol High School. In 1951, he was called to serve his country in the U.S. Marine Corps until 1953. Norman owned and operated Institute Motors for 26 years. He had worked in the Milwaukee area early in his career. He had worked 13 years for Boehlke Chevrolet, then at Russ Darrow as a service manager.

On June 12, 1971, he married Sharon E. (Mueller) Mork at West Jacksonport, and they had 48 blessed years together.

He was a faithful and active member of Bay View Lutheran Church. Norman loved gardening and playing cards with his family and many dear friends. Norman was a member of VFW Post #3088 and served as post commander. He was also a lifetime member of the Marine Corps League Door Peninsula Detachment 1130.

Funeral services will be held at 11 am on Friday, July 26, at Bay View Lutheran Church in Sturgeon Bay, with Pastor Beth Macha. Military honors by the United States Marine Corps with VFW Post #3088 and the Marine Corps League Door Peninsula Detachment 1130 will follow services at the church. Burial will be at Zion Lutheran Cemetery in West Jacksonport.

Expressions of sympathy, memories and photos of Norman can be shared through his tribute page at huehnsfuneralhome.com.