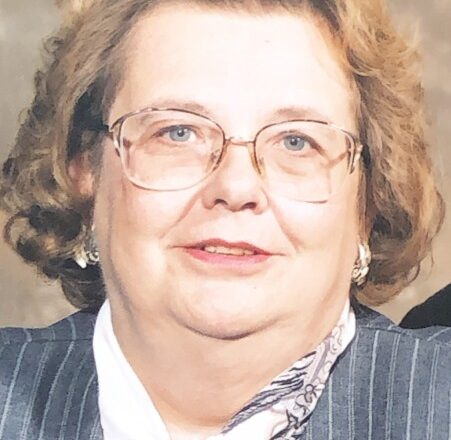 Olivya Ann Carney, 81, of the Town of Sevastopol, died on Tuesday, July 21, 2020 at the Skilled Nursing Facility in Sturgeon Bay.

She was born March 12, 1939, in Chicago, only child born to the late Bert W. and Harriet M. (Rasmuson) Bell. After graduating from Fenton High School in Bensenville, Illinois, Olivya attended Carroll College. She worked as a receptionist for a lawyer in Itasca and as a real estate agent for Century 21 in Lombard. On November 10, 1962, she married Robert Edward Carney, Sr. at the First Presbyterian Church in Itasca. When the two started their family, Olivya stayed home to raise their children. In 1978, Olivya and Bob moved to Door County, settling in Sturgeon Bay and became members of the Sturgeon Bay Community Church. She was also a member of the Eastern Star, Homemaker’s Club, and bowling league. Olivya worked as a sales agent for Hallmark. She was an accomplished artist and loved ceramics and painting. She also enjoyed working in her garden.

She was preceded in death by her parents, Bert and Harriet Bell; and brother-in-law, Richard John Carney.

Due to the COVID-19 pandemic, services to honor Olivya’s life will be held at a later date.

In lieu of flowers, memorial donations can be made in Olivya’s name to Shriner’s Hospital for Children.

Huehns Funeral Home, Inc. & Door County Crematory LLC of Sturgeon Bay are assisting the Carney family. Expressions of sympathy, memories, and photos of Olivya made be shared with her family through her tribute page at www.huehnsfuneralhome.com.