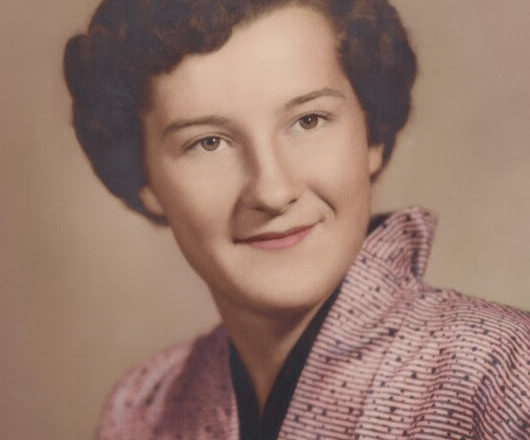 She was born April 2, 1936 at the (former) Dorchester Hospital in Sturgeon Bay, the daughter of Arthur Clarence Witalison and Anna Marie (Czarnik) Witalison. Pat grew up in Juddville and attended St. Paul Lutheran Church and Juddville School. She graduated from Gibraltar High School with the class of 1954. Pat went on to study at Algoma Teachers College.  She taught for nine years, initially at Morning Star School in the Town of Nasewaupee and Fish Creek Grade School.

Pat was united in marriage to Jerome “Jerry” Edward Koessl on October 27, 1962 at (Jerry’s) home church, St. Rosalia Catholic Church, in Sister Bay. They lived just north of downtown Sister Bay and lived there until 1995 when they moved into their home in the Town of Liberty Grove, just north of Baileys Harbor. Together, Pat and Jerry owned and operated their own (wholesale) cherry orchard and also had some apple trees.

They were blessed with two sons, William and Edward, and over 55 years of marriage. Jerry passed away September 11, 2017.

Pat was a member of Shepherd of the Bay Lutheran Church in Ellison Bay. She was an avid gardener (primarily vegetables), and if family ever left one of their cars unlocked, they were probably surprised with a gift of one of her zucchinis. In addition to the fence she set up, Pat “protected” her garden from squirrels and turkeys. (Don’t ask her how she felt about turkeys.)  Pat enjoyed spending time with her family, especially her grandchildren. She also liked watching Jeopardy.

She will be missed by her son, William (Sheila) Koessl of Gills Rock; two grandchildren, John Koessl and Casey (Brandon) Honold; four great-grandchildren, Mason, Nora, Toby, and Alvena; siblings-in-law, Joseph (Vicki) Koessl of Minnesota and Donna Steller of the Town of Liberty Grove; nieces and nephews; other relatives; and friends.

Pat was reunited with her parents; husband; son, Edward Koessl (2005); brothers, Robert (Arzetta) Witalison and Arthur (June) Witalison; brother-in-law, Donald Steller; and other relatives. Her life will be honored with a funeral service held at 10:30 a.m. on Thursday, November 10, 2022 at Shepherd of the Bay Lutheran Church in Ellison Bay with Pastor Jim Honig officiating. Pat will be laid to rest in Little Sister Cemetery in the Town of Liberty Grove.

Visitation for family and friends will be held at the church on Thursday from 9:15 a.m. until the time of service.

“Our family would like to express our heartfelt thanks to the staff at Door County Medical Center for the wonderful and compassionate care you gave to Mom and also to Shirley for your friendship and support.”

Casperson Funeral Home in Sister Bay is assisting the Koessl family. Expressions of sympathy, memories, and photos of Patricia may be shared with her family through her tribute page at www.caspersonfuneralhome.com.