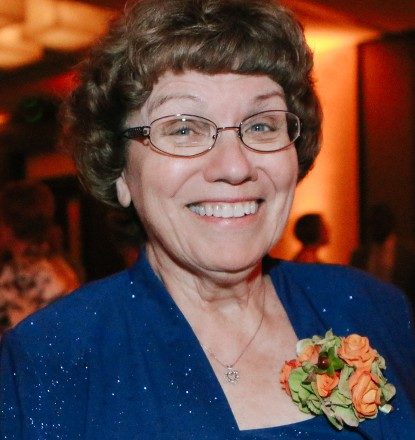 Patricia A. Remy, 80, of Nasewaupee died suddenly after a valiant, three-year battle with multiple myeloma.

She was born the daughter of the late Thomas and Joyce (Otis) Pinney. Pat graduated as salutatorian from Sturgeon Bay High School in 1956. She then attended the University of Wisconsin at Madison and graduated with honors, earning a B.S. in nursing.

On December 19, 1959, she married Eugene V. Remy at the Sturgeon Bay Moravian Church. Together she and Gene owned and operated Remy’s Homes, Thunderhill Estates and Gitche Gumee Resort. They were continuing the 100-year Remy family business tradition in Sturgeon Bay, which dates back to 1919 with a grocery store in Sawyer opened by Gene’s grandfather Jules.

Pat was not only a writer, but also an avid reader of fiction, journals and nonfiction. She was passionate about, and became an expert on wild flowers: learning, studying and nurturing native species on her properties. She was a self-described amateur naturalist, amateur conservationist and a board member of the Door County Wild Ones. Her passion for gardening, horticulture and native plants will be passed to future generations in her many gardens and landscapes. Her loves were Lake Michigan, wildflowers, birds, botany, books, travel and theatre.

As a generous supporter of creative and performing arts, she often frequented venues in and around Door County, such as Peninsula Players, American Folklore Theatre (Northern Sky Theater), Birch Creek Music Performance Center and Third Avenue Playhouse. Pat was a very kind and loving person whose sense of humor, paronomasia, wit, charm and infectious smile were matched equally by her intellect. She will be missed by the community whose hearts she has touched.

She loved restoring old homes and properties, specifically her N. Lake Michigan Dr. cottage, which she described as her “23rd Psalm.” Pat was a joyous, serious professional, both as a nurse and as a business manager, with a sense of humor that did no harm.

Pat was preceded in death by her parents; brother, George Pinney; and sister, Joyce “Pooky” Peotter.

Her life will be honored with a funeral service at 11 am on Friday March 8, at Sturgeon Bay Moravian Church, with Rev. Reeder Herrick and Rev. Dr. Matthew R. Knapp Sr. officiating. Burial will be in Bayside Cemetery.

Visitation for family and friends will be held at Huehns Funeral Home in Sturgeon Bay on Thursday, March 7, 4-8 pm; and at the church on March 8, 9-10:50 am.

Expressions of sympathy, memories and photos of Pat can be shared with her family through her tribute page at huehnsfuneralhome.com.