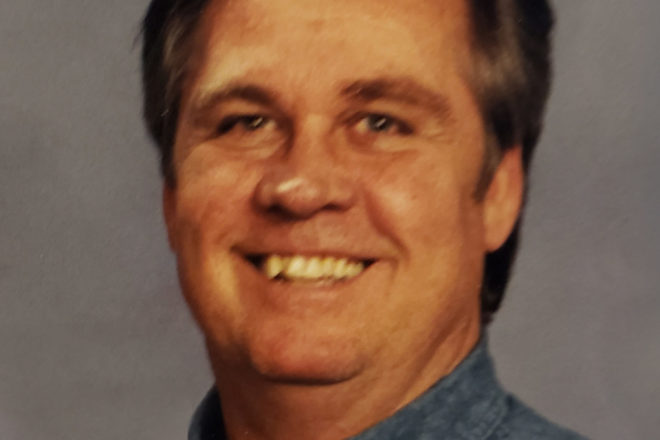 Patrick James Hellen, 66, of the Town of Baileys Harbor, died on Monday, May 25, 2020 at the Jack and Engrid Meng Hospice Residence in De Pere.

He was born June 2, 1953 in Brainerd, Minnesota, son of the late Francis Joseph and Lila Ellen (Thomas) Grimm. After graduating from high school in Bakersfield, California, Pat enlisted in the United States Army as a surveyor. He proudly served his country from 1974 until his honorable discharge in 1977. On October 16, 1975, Pat was united in marriage with Deborah Lynn Doney in Colorado Springs, CO. In 1979, he began working as a clerk at the United States Postal Service in Milwaukee. Pat and Deb moved to Baileys Harbor in 1993, where he took the job as Postmaster until his retirement in 2018. Pat was also a volunteer firefighter and first responder for Baileys Harbor Fire and Rescue. He also loved going to the Northern Door YMCA, whether he was teaching classes, exercising, or playing with his grandchildren and their friends. Pat enjoyed traveling, golfing, watching the wildlife in his backyard and sitting on the Door County beaches in the summertime. Above all else, he was a family man who adored the time he spent with his children and grandchildren.

He was preceded in death by his parents, Francis Hellen and Lila Grimm.

An outdoor service to honor Pat’s life will be held on June 20th at 2:00 at Huehns Funeral Home. He will be inurned at St. Adalbert Columbarium in Milwaukee.

A drive-by or walk up visitation will be held outside the funeral home from 12:30 until the beginning of the service. Due to the current local health guidelines, masks and social distancing are recommended.

In lieu of flowers, memorial donations can be made in Pat’s name to the Northern Door YMCA.

Casperson Funeral Home of Sister Bay is assisting the Hellen family. Expressions of sympathy, memories, and photos of Pat may be shared with his family through his tribute page at www.caspersonfuneralhome.com.