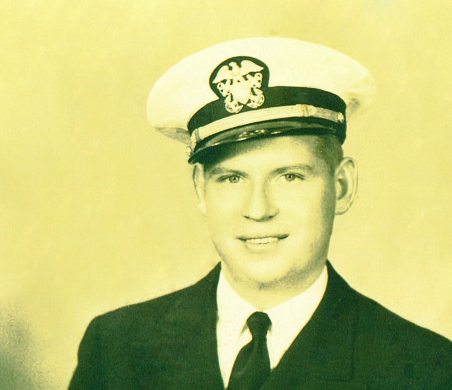 He was born in Sister Bay to Milton and Minnie (Carlson) Hedeen. Paul graduated from Gibraltar High School before attending business school near Manitowoc. He earned his electrical engineering degree at Kansas University through the Navy V12 program. He served as an officer with the United States Navy near the end of WWII and continued to serve for more than 20 years in the Navy Reserves. In October 1950, he married Arlene M. Eytcheson in Milwaukee.

Paul worked as a sales engineer for Allis Chalmers for more than 20 years, mixing his own business venture for a few years before returning to Allis Chalmers and retiring there in 1986. Following his retirement, Paul became close with his brother, Al, enjoying boating, fishing, socializing and building projects.

Paul and Arlene split time at their home in Ellison Bay and Bradenton, Florida, until 2011, locating full time at Scandia Village in Sister Bay. Paul was a devoted husband and caregiver to Arlene until her death on Sept. 2, 2016.

Paul was a gregarious, outgoing father, grandfather and friend. Always willing to help, he assisted other residents at Scandia when needed. He enjoyed helping his dear friend, Delmar Dahl, with chapel services held there. Paul loved fishing, boating and woodworking. He was a member of Kiwanis and local veteran groups.

He was preceded in death by his parents, Milton and Minnie Hedeen; wife, Arlene; and his brother, Al (Betty) Hedeen.

There will also be a memorial gathering Wednesday, Feb. 12, 11 am, at Scandia Care Center Chapel. He will be laid to rest in Little Sister Cemetery with his dear wife, Arlene.

Memorials in his memory may given to the Parkinson’s Foundation or the Scandia Good Samaritan Foundation.

Casperson Funeral Home and Cremation Services in Sister Bay is assisting the family. Expressions of sympathy, memories and photos of Paul can be shared through his tribute page at caspersonfuneralhome.com.