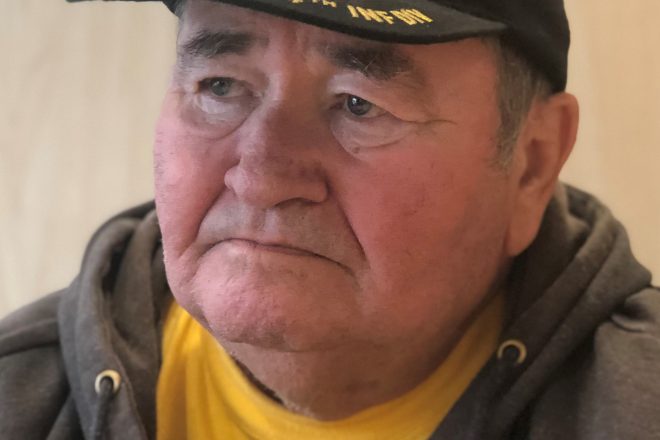 He was born in Sturgeon Bay, WI on April 17, 1946, a son of the late Norbert L. and Helen (nee: McAteer) Vieau. He was raised by his father Ransom DeFaut.

Paul proudly served his country in the U.S. Army during the Vietnam War earning a bronze star and a presidential citation.

On July 26, 1969 in Holy Communion Lutheran Church, Paul was united in marriage to Jill DeGarmo.

Along with his parents, Paul was preceded in death by his brother Bill (Pearl) DeFaut; sister, Mary Moeller and her son Mark; sister-in-law, Joan Ingle and her sons, Charles, Jack, and Jeff.

Funeral services will be held on Thursday, November 11, 2021 at 6:00 P.M. at the funeral home.  Full military honors will follow the service.  A visitation will take place at the funeral home on Thursday from 4:30 P.M. until the time of the service.  Interment will take place in Southern WI Veterans Memorial Cemetery on Tuesday, December 7, 2021 at 1:00 p.m.

There are so many things we wish we could say one last time…” I love you Paul, dad, bartering and fishing buddy, friend.” In times like these, we catch ourselves listening to missed phone call messages we wish we could still get and long for conversations we no longer can have. The good, the bad- just anything to fill the void and everything in between. Being able to give thanks for everything tied to the lessons we have learned that enabled us to raise happy families. Forgiveness, friendship, love, honor, and respect are all that remain in this time of your passing. Wishing we could say “we love you” in a way greater than these words. Hoping to see you again (and that…).